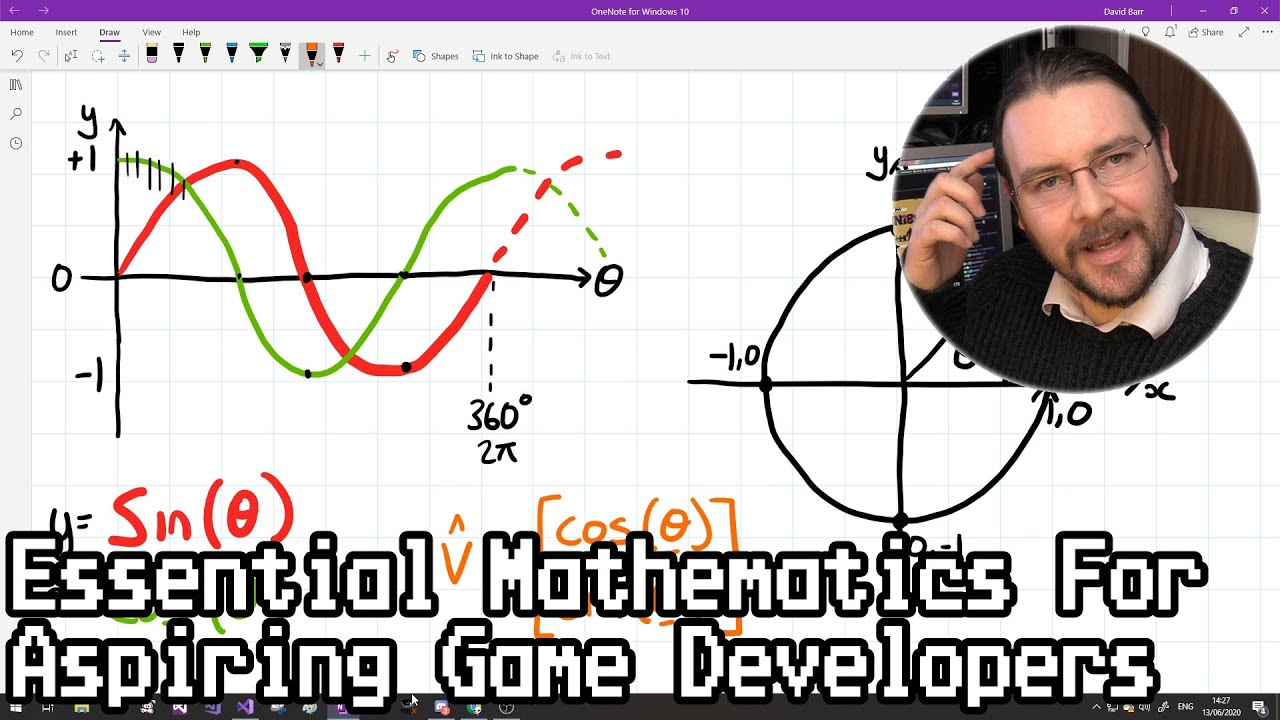 ■ Where do you use mathematics? I use it to develop games
There is once a meme on the Internet. It’s a meme that you don’t have to study because you’re going to make a big game. If developers listen, there is no time to get as much as this. The same is true of the blistered. If you learn mathematics and ask where you use it, developers say. I write to develop a game. However, there is one error here. It is a question of whether the higher mathematics and aesthetics used in the current curriculum are really fully used for game development.

He really wrote a math textbook for game development. Originally, he didn’t intend to write a book, but no matter how long he waited, he eventually came out when he didn’t have such a textbook. He was the one who had a high-level mathematical ability (but a passionate person to learn). Only then could I really see if the textbook he wrote was helpful. In addition, the goal was to make game production directly through examples rather than solving problems.

At first, I thought it would be six months, but it took three years since I started writing. Of course, there was such an idea. There are many great engines in the world, and using them, you can implement the desired features with simple code. But do you need to learn it? In fact, if you use DirectX and OpenGL without going to the engine, API or GPU handles a lot of parts. Nevertheless, he eliminated the black box of DirectX, OpenGL, and GPU for learning and to implement everything directly. It was to make so-called soft renderers.

As you can see from starting the floor, it was not easy to do everything from the beginning without API. It was necessary to have a complex step-by-step work to draw a character as a dot, the line as a triangle, the triangle again, and the mesh to create a hierarchy and finally riding.

Professor Lee Deuk-woo started learning with his book. I was worried, but fortunately it was only tilt. He was not only a best-selling math textbook, but he also received a recommendation from the Korean game graphics book, which is called a so-called book and a skull book. It was possible to achieve his achievement as a professor and to achieve his own achievement as a developer.

In the process of writing a game math textbook, and in the process, he finished talking about the achievements he realized. It is the beginning. There are so many basic theories that need to be organized in the future. In order to foster the game industry, we hope to create a mathematical algorithm curriculum specialized in the game industry.