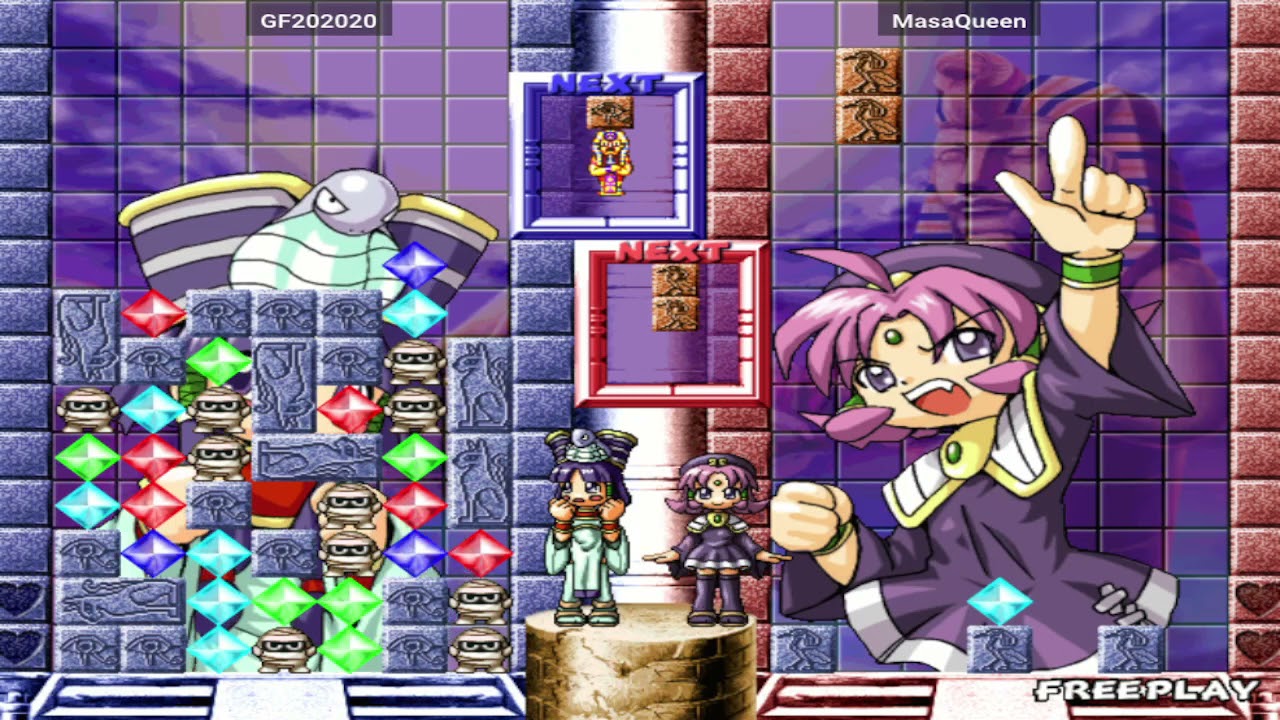 City Connection has announced that the puzzle game Cleopatra Fortune S Tribute will be released on November 24, 2022, for PC/PS4/Xbox One/Nintendo Switch.

Cleopatra Fortune is a puzzle game that was released by Tito for arcades in 1996, aiming for a high score by arranging and surrounding gems and mummies that are falling one after another. Cleopatra Fortune S Tribute is a work that was reprinted with new features that were easy to play based on home versions that appeared the following year.

The reprinted S tribute version is equipped with functions such as rewind, slow mode, quick save/road, and block drop speed control. Functions such as Infinite Credit and Mystery Mode Stage Select are also available, making it easier for anyone to play in various modes.

’S tribute is a project that reprints masterpieces from the Saturn era with a unique engine. In addition to the release of Layer Section & Galactic Attack S Tribute, it has also been announced that Elevator Action Returns S Tribute will be released on December 1.