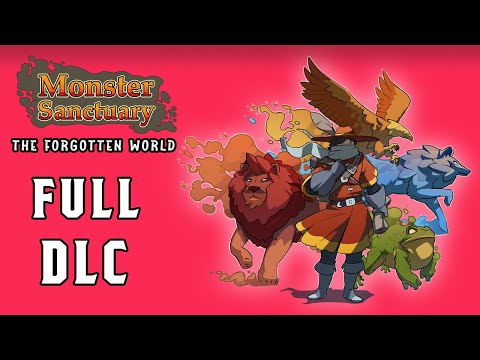 Companies me Rai Games and Team17 announced this Thursday, June 30, 2022, the addition of the biggest DLC of this game to date. Forgotten World will include among others:

-Dix new monsters, including five created by the community;

Information on updates is available on the Team17 website.

For those who do not know what the game consists of, see some characteristics of the game:

– Overcome and collect monsters : large and small creatures are available to collect and fight, and can be improved via deep skills trees to unlock new and powerful capacities

– Master the sanctuary of monsters : a mysterious force threatens peace between monsters and humans, players will explore and reveal the secrets strewn around the world

– Fight in 3V3 tactical fights: the lists of monster players can fight AI or other players in a turn-based 3V3 system, using elementary attacks and combos with a devastating effect.

– Discover a deep world of Metroidvania : from the depths of the underground world to the heights of the snow-capped peaks, there is a lot to explore and hidden areas to discover using the skills of monsters.

– Objects and equipment profusely : players will find a plethora of useful objects scattered around the world to help them in their trip.

Here is the DLC trailer:

Although the update is available for free, the game as such is available at a cost of $ 19.99. To have more information on the game as well as to keep you informed of any update, n ‘ Do not hesitate to like the game on Facebook platforms, Twitter and Discord.