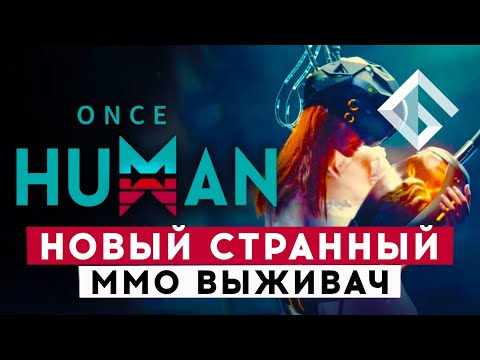 Mobile MMORPG ‘Cheonae Myeongwoldo M’, which was waited for 1.5 million pre-bookers in Korea, was officially released on the 24th.

Cheon Ae Myung-do M, developed by Tencent’s Auroras Studio and serviced by Level Infinite, was armed with a beautiful river world and brilliant light engineering that seemed to watch a movie with high-quality graphics and action that could not be seen in the traditional oriental game. It is characterized by the fact that anyone and old can enjoy the system such as character customization, delicate costumes, mansions (housing), living contents, and endless interactions that control over 600 options.

In addition, it supported various PVPs by supporting a variety of PVPs, including 1VS1, 5VS5 PVP mode, Songlim, Hanhae-go, and Battle Royale’s all-in-one that covers the surviving those who survive the 100th-person.

Below is a question and answer.

After the development PD Sean, the art team leader Chelsea

I tried to reproduce the graphics and combat operation, which are the advantages of the original PC game. In the design section of the story, content, and growth system, the original PC was inherited. One of the improvements is that it has strengthened convenience. We have simplified the combat system so that mobile users can play easily.

‘Cheonae Myeongwoldo M’ focuses on the long-term operating experience in the PC version and focuses on classical contents that have good feedback from users. Like the 1VS1 match, ‘Nonggum’ and ‘Identity’. At the same time, crush is a content added to the mobile version.

NPCs’ crush in Cheonae Myeongwoldo M is one of the characteristic content in the mobile version. I hope that not only the story but also the users will have a deeper attachment by interacting with their favorite NPC and knowing the situation and story of the NPC. In order to match the name of MMORPG, we developed it to feel like a role-playing in the world.

-The game features are explained

The biggest feature is the immersive story production, graphics, and freedom content. Rather than playing the aim of ‘spec’ and ‘growth’, everyone made such a game that is fun to enjoy only the desired contents such as the mansion (housing) and identity according to the original way of MMORPG. In addition, I have been playing a day, so I tried to minimize the stress of users who are tired of the so-called homework with boring and repetitive content every day.

Various weather systems are one of the high-quality graphic directors of ‘Cheonae Myeongwoldo M’. The light effect varies depending on the various weather situations, and the costumes are dried or wet to create detailed effects to provide high immersion.

The weather also affects some game systems. For example, you can collect ingredients when you go to the location displayed on the map in special weather situations such as snowfall, showers, and meteor. In the weather where the red moon rises, the boss’s attack power is higher, and before the guild union, each is affected by the skill effect of the commander, depending on the weather, such as a clear day or a rainy day. Battle and systems will continue to be updated in the future.

-The reason for good graphics is

For example, due to the limitations of mobile devices, the quality of art modeling resources in the PC version is used as it is on mobile. Therefore, the art resources implemented in mobile were basically all of which had to be manufactured by mobile basis.

Compared to the existing commercial engine, the advantage of the Quicksilver engine is as follows.

Advanced Technology: We have been able to install a high quality and performance on mobile by showing the development know-how. For example, I used Vulkan technology, the latest graphic API, on the Android platform. In ‘Cheonae Myeongwoldo M’, Vulkan was used to implement the terrain of the game for the super-large build.

-The goal and performance forecast is

As we step into the Korean market based on content different from existing games, our expectations and goals are great, and above all, we are preparing hard. In Korea, we aim to achieve remarkable results with MMORPG. We will try to be a game where users can play and be loved rather than conscious of sales.

In order to increase quality localization services and the satisfaction of Korean users, we have selected Sung Woo-jin and other specialized advertising models. First of all, we have a prominent voice actor to enhance the immersion of the story, which is the strength of our game.

In addition, Yang Ik-jun, Taeyeon, Monica and K-Day were selected as advertising models. This is because I thought it was the models that fit the images of our game names, Cheonae, Myeongwol, and Do. The phenomenal landscape implemented in the game, ‘Cheon-ae’, which means the field, ‘Myeongwol’, which symbolizes the beauty of the game, and ‘Dodo’, which means sharp but soft action, blends well with the expertise of each model. I expressed well.

-The main target age and gender are

Due to the martial arts elements of the original game or the genre of MMORPG, 20-40 male groups are the main targets. However, in addition to the content that is limited to martial arts and genres, it is prepared for free customization, costumes, living contents, and other play elements that can interact with friends. there is.

-The most important part of the development process is

The most focused part was to technically overcome the limits of mobile screen and combat quality. We have studied the cool combat production of the PC version on mobile, and we have tried to improve the content according to the mobile user Play Style.

-The most important part of art work is

As soon as I checked this question, I looked back on the art development process. Both characters, scenarios, and action effects, but the biggest concern was to balance the art work and game performance. In a line that does not affect the performance of the game, we developed and developed how to realize the best graphics and art production.

-The PVP or PVE content developed with the most focused

The proportion of PVE, PVP and casual contents of ‘Cheonae Myeongwoldo M’ is balanced. We have developed it with all three points so that users with different play styles and tastes can enjoy different play.

Introducing PVP, there are 1VS1, which went out to G-STAR, 5vs5 Hanhae Street and Songlim Battlefield, and a large-scale contents of a maximum of 100 users played in the form of survival. PVE has a representative challenge dungeon that can play with a party with up to 5 users, and has many other guild content, mansions (housing), crush, and status.

As we have been working hard for a long time, we will ask for a lot of interest and expectation, listen to users’ feedback, and reflect Cheon Ae Myung-wol.