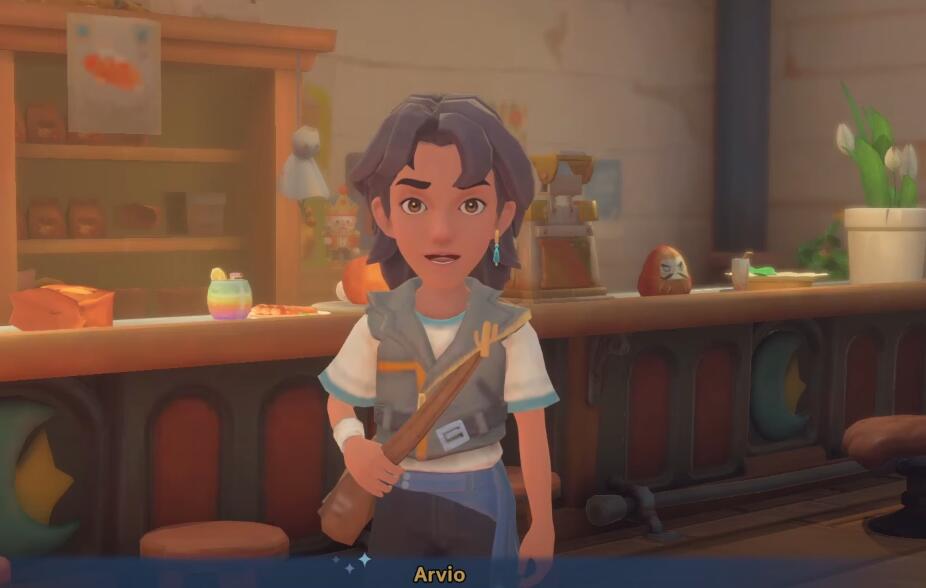 The Wild West successor to My Time at Portia cannot be criticized for one thing: it is unfriendly to beginners. But because My Time at Sandrock also wants to pat the heads of those looking for opportunities off the beaten path, the somewhat different farm simulation doesn’t tell you everything.

That’s why we’ve put together eight valuable tips for beginners, which reveal the hidden help of the game and protect you from unpleasant surprises. In any case, we often looked into a face palm while playing, which you can save yourself if you read on carefully now.

Put the hammer down again.
The windy guild boss, Your craftsman colleague Mi-an, ensures that you can be at the workbench from morning to night after only 20 minutes of play. But it’s best to resist the temptation to immediately recreate all available crafting recipes because all kinds of small start-up aids are hidden in the little town of Sandrock, mainly in the form of goals (that’s the name of the in-game currency) and raw materials.

A small part of it is regularly waiting on or next to the craft tools of some sand rockers to be picked up by you. Yes, it’s beautiful to put the jerky there (it restores your stamina) and ready-made materials like steel or copper rods in your bag.

However, most of the boarding aids rest in ostentatious, brown treasure chests hidden from the view of those in a hurry both in certain buildings and in the alleys of Sandrock. So you will have to look closer, but never in completely insane hiding places.

Enjoy the guild drawing board with caution.
As part of the first story quests, you register your workshop with Yan, which gives you access to the guild quest board. Because these drawing board orders are often production requests that you can accept but not (yet) fulfill. As a result, the respective order fails, and you lose sympathy points with the client. This is the starting signal for independent pottering, but the same applies here: haste makes waste.

Therefore, before accepting a request, you should always check whether you have the appropriate devices or device extensions or can craft them. Look under the menu tab Manual and the production menus of your equipment.

You’ll also need access to the appropriate resources, some of which can only be obtained from the initially inaccessible ruins. It is best to limit yourself to simple workbench orders for the time being; these include wooden sticks, stone troughs, and thin threads.

Initially, follow the story path.
As I said: In My Time at Sandrock, nothing is as easy as not following the story. However, that’s precisely what you should do, at least until you’ve gained access to the ruins. You get it by completing the extensive main contract number five, Help out the salvage (Build a lifting crane).

The reason is simple. On the one hand, you open up more lucrative jobs, and on the other hand, you receive well-thought-out rewards for completing story jobs that make your next job or your life as a craftsman easier. One of the rewards is precious water, without which your workshop will quickly run out of energy.

Build these devices first
Due to the large number of handicraft devices that Qi can research at any time, some of which can also be put together immediately, you are literally in the device forest at the beginning of the game. You already have a workbench and a kiln, but now what?

A recycler is essential, as it extracts helpful resources from collected scrap (the recycler(s) should be running almost all the time). The necessary equipment includes a fabricator, a sewing machine, and a grinder. With the last two, you expand your product range according to the early game orders, while you use the sewing machine to make protective clothing – mainly the Sand Gear to protect against sandstorms – for your craftsman.

Finally, you are well-advised to ask Qi to research a dew catcher. As the name suggests, this device supplies the raw material for water production: dewdrops. Although not very much of it – read the additions in the following section.

Avoid buying water if possible.
Gols, you have little at the beginning of the game. Water is, who would have thought it, the most precious resource in the desert. Water is priced accordingly from the Waterworld shop east of the Civil Corps headquarters, so this should be seen as a stopgap. And if you have a little more, you usually need the currency for other things.
The dew collector mentioned above is part of the solution, as water can be made from dewdrops – oddly enough, at the crafting table. Your second-best friend is a dense shrub called Yakdorn, which you can find almost anywhere in the open desert behind your workshop. Treat it with your stone ax, which will give you a drop of dew with a very high probability.

It’s just a bit stupid that you need ten dewdrops to produce one water unit. So, unfortunately, it doesn’t work without a precise grind.

Seldom consults stores
Sometimes it is attractive to get a missing order resource in the shop, but the often high prices clean your account Ratz Fatz blank. If at all, you should only be interested in the hammer shop east of the dance stage and the offer of the Eufaula rescue (southeast of your workshop, near the junkyard) in the entry phase.

From there, you get the rare motors and the grindstones that may not yet be craftable. Thanks to the junkyard, everything else can easily be obtained and manufactured on your own, which always gives you a colorful mix of valuable materials. At least for a bi-weekly fee of 200 goals.

Dig cleverly through the ruins
After building the lifting crane as part of the main quest, Helping out the salvage, you can finally zoom down to the ruins. They currently comprise eleven levels and are connected via a hidden door. The deeper you go into the ruins, the more difficult it becomes to find the transition as the clay and rubble pile up higher and higher in front of it.

So if you can’t guess the position of an exit, you should dig your way
to the ground near any wall. This way, you outwit the developer’s trick of using bottomless spaces as a transition.

Dig a tunnel along the walls if you don’t fall right through the floor to the next level. That’s how you’ll find the exit in most cases, and pretty quickly.

Speak at the right moment
Since My Time at Sandrock is about making friends and finding your better half, it is advisable to chat often with the Sandrocker cowboys and girls.

There are good times (anytime) and excellent times after every event in town – whether it’s a dance performance you just finished or the main quest.

Because if you chat with a person after such events, the reciprocal relationship account will be credited with two sympathy points – instead of just one.

And because these points are awarded independently of the regular chat, you can talk to the person again directly and thus receive a third sympathy point.