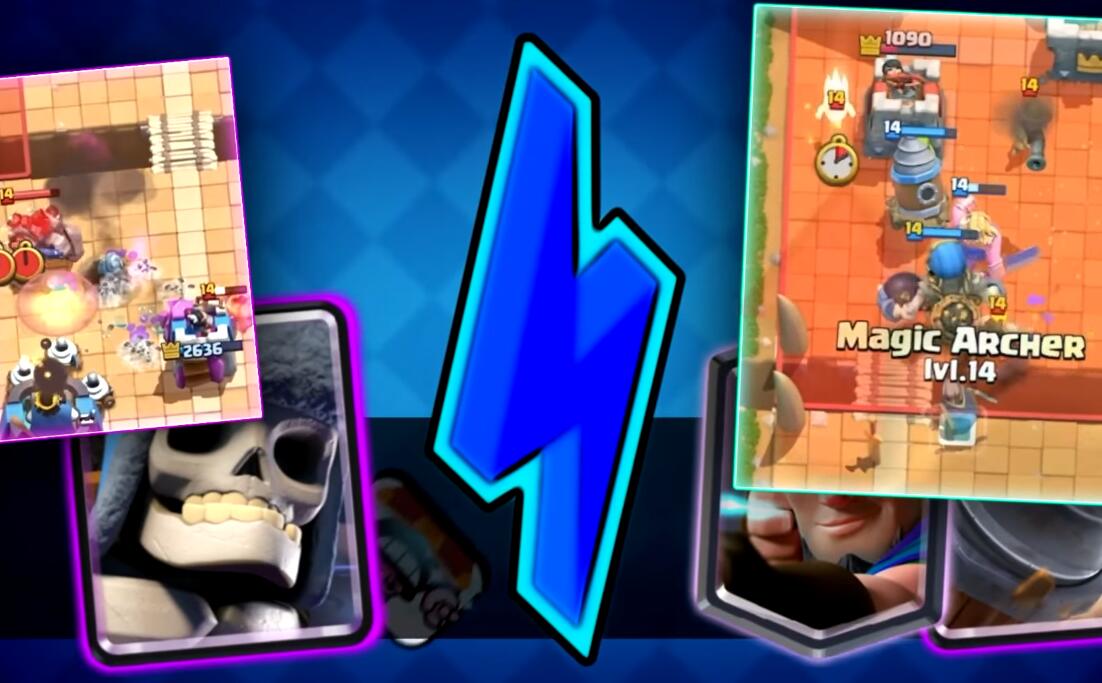 The new season of Clash Royale focuses on the Pit of Bones and, more specifically, on the Giant Skeleton. One of the first challenges in this episode is called the Giant Skeleton Fury Challenge. It has never been released before and has the peculiarity of being played with a Giant Skeleton (mandatory in the deck) that constantly goes on a rampage!

Please note that the rewards for this challenge are contingent on your performance. You can go as high as ten wins, but it’s crucial to ensure you get 5 to make your entry profitable. From this point of view, it seems necessary to optimize your deck, and luckily we have the decks you need to overcome the challenge without worrying too much.

Bombastic Balloon + Ice
Giant Skeleton
Ice
Bombastic Balloon
Bats
Skeleton Army
Infernal Dragon
Ice Mage
Arrows
As is often the case in challenges, the Balloon archetype works very well. Here, the giant skeleton will also be able to tank for the Balloon.
The Infernal Dragon is very effective in this challenge, as it can melt the opposing Giant Skeleton.

A deck that will rely on sending many skeleton units to stop enemy attacks.
The Tornado works excellent with the Giant Skeleton, and you’ll be able to herd your enemies around the powerful bomb it leaves behind upon death.
The victory condition is based on the Barrel, which is not expected in this challenge and will gradually scratch the enemy tower.

The last deck that we present to you is very defensive. It relies on a large number of effects to prevent enemies from moving.
The Hunter or the Giant Skeleton will have the role of destroying the immobilized troops.
On offense, your win condition is Giant Noble, which will often be hard to stop because your opponent will have used their resources on Skeleton Giant.