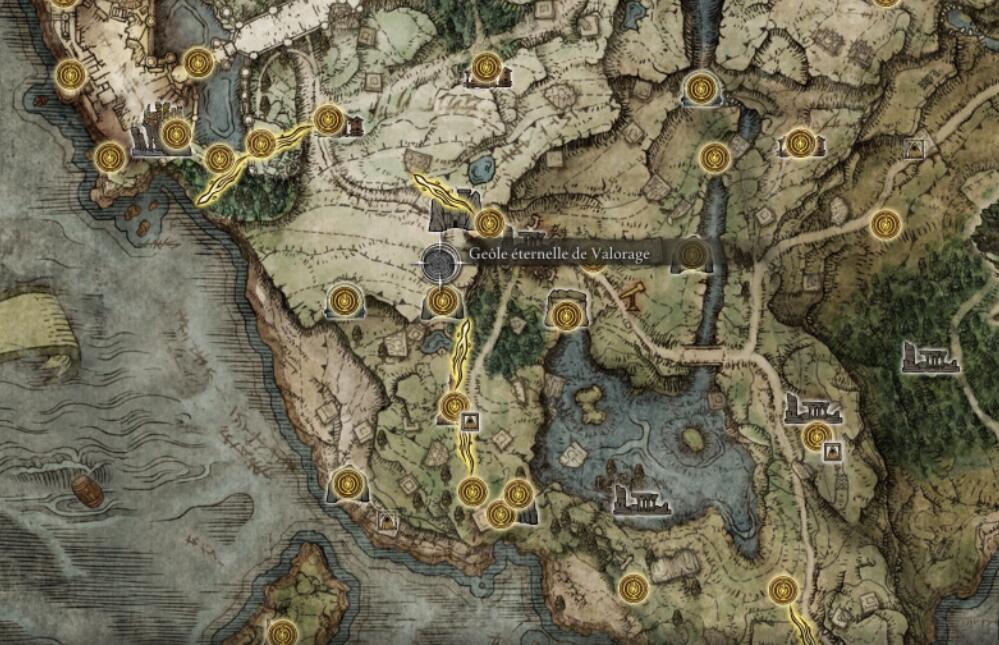 Do you want to delve into the underworld of the Elden Ring, looking for the prisons, but you don’t know where they are? In this guide, you are provided with the complete list of prisons that contain strong opponents.

The eternal prisons of the Elden Ring are a kind of boss arenas where you can fight various enemies. Some will be very familiar to you, while others will be new. They bring a good amount of runes and rewards that can completely change your game.

In these areas, you are in an instance nothing, and no one can unsettle you except the boss that will appear in front of you. And you can’t summon either. The terrain is limited, and when you die, the arena closes. You will have to restart the fight to try again to defeat the imprisoned boss.

There are a total of 11 in all the Middle Lands. The eternal prisons are found in all the mapped regions, except underground. Below, you can find all the jails, their locations, the bosses you’ll encounter, and the critical rewards for completing the dungeon.

The eternal prison of the Lone Hound

If you follow the secret quest for Merchant Kalé, you will be able to meet Blaidd even before you start the Ranni quest line. Tell him about Misty Woods howling when you talk to Kalé, and he will give you the finger snap emote. Go to the abandoned building in Misty Woods (not far from Fort Haight) and snap your fingers at the foot of the tallest ruin. Blaidd will come down from one of the ruins and say he is looking for a man named Darriwil. Near the Darriwil prison, after the meeting with Blaidd, you will see a summon mark appear.
On the other hand, if you killed Darriwil, you won’t find Blaidd in ruins, but by meeting Ranni.

The Eternal Prison of Lamentations

Boss: Ancient Hero Zamor
Rewards: Radagon’s Seal of Sacrifice (talisman) and 5400 runes
You will need a stone sword key to enter this jail, and you can find it everywhere in the underworld.

Luria
The eternal prison of the villain
Boss: Adam, Fire Thief
Rewards: Flame of the Cruel God and 3800 Runes

You can get to this jail by heading southwest from the swamps, then up the hill, pointing your compass to the east.

Eternal Prison of the Leader of the Black Knives

Boss: Alecto, leader of the Black Knives
Rewards: Black Knife The (Legendary Spirit) and 80,000 runes.
Even though this jail is in Liurnia, an early game area, you won’t be able to get to it for quite some time. It’s impossible to get to the area without advancing to the end of Ranni’s questline. You will have to cross the Decayed Lake, defeat Astel, and reach the Moon Altar Plateau… In short, you still have a long way to go if you have just discovered Liurnia.

Eternal Prison of the Royal Tomb

Boss: Lord Onyx
Rewards: Meteorite (spell) and 3600 runes
You can only access this jail by completing the Liurnia Academy, defeating Rennala, Queen of the Full Moon, and finally, facing Loretta, Royal Knight.

Boss: Godrick, the transplant
Rewards: Icon of Godfrey (talisman) and 26,000 runes
A stone blade key is required to enter this jail.

Boss: Vyke, Knight of the Round Table
Rewards: Finger Gear, Vyke Dragonbolt (Spell), and 78,750 Runes
This will be the second and last time you’ll be able to rub shoulders with Vyke. If you’ve never met him before, he’ll invade you when you’re near the Church of Inhibition, the town of Frenzy in northeast Liurnia.

Bosses: none
Rewards: A ticket to the Underworld’s Underworld (?)
This jail is quite particular because it does not allow you to meet an opponent but instead opens the way to the teleporter that will take you to the Sacred Tree of Miquela. Loretta, Knight of the Sacred Tree, or Melania await you there. To activate the jail, you will have to do a small puzzle. You can find the solution to this fun puzzle in the following image.

A detailed explanation of the four torches to light in Ordina
The most accessible torch to light is the one to the south, at the entrance to the town, since it is at road level. But watch out for nearby assassins.
The second is the one on the west end of town. Look for a ladder in this building that leads directly to the top of the tower and torch. Remember to kill the nearby archer then. It can make things easier.

Things get a bit more complicated later. You can jump over the low wall in front of the seal to easily reach the corner with the ladder leading directly to the tower’s top with the central torch. But it is essential not to be seen by the archers beforehand because you will be exposed to fire during the long ascent.

After lighting the central torch, jump from roof to roof to reach the bell tower north of town with the last torch. But be careful. There are two archers on the roofs on the way. Try not to alert them and don’t stay in their line of sight.