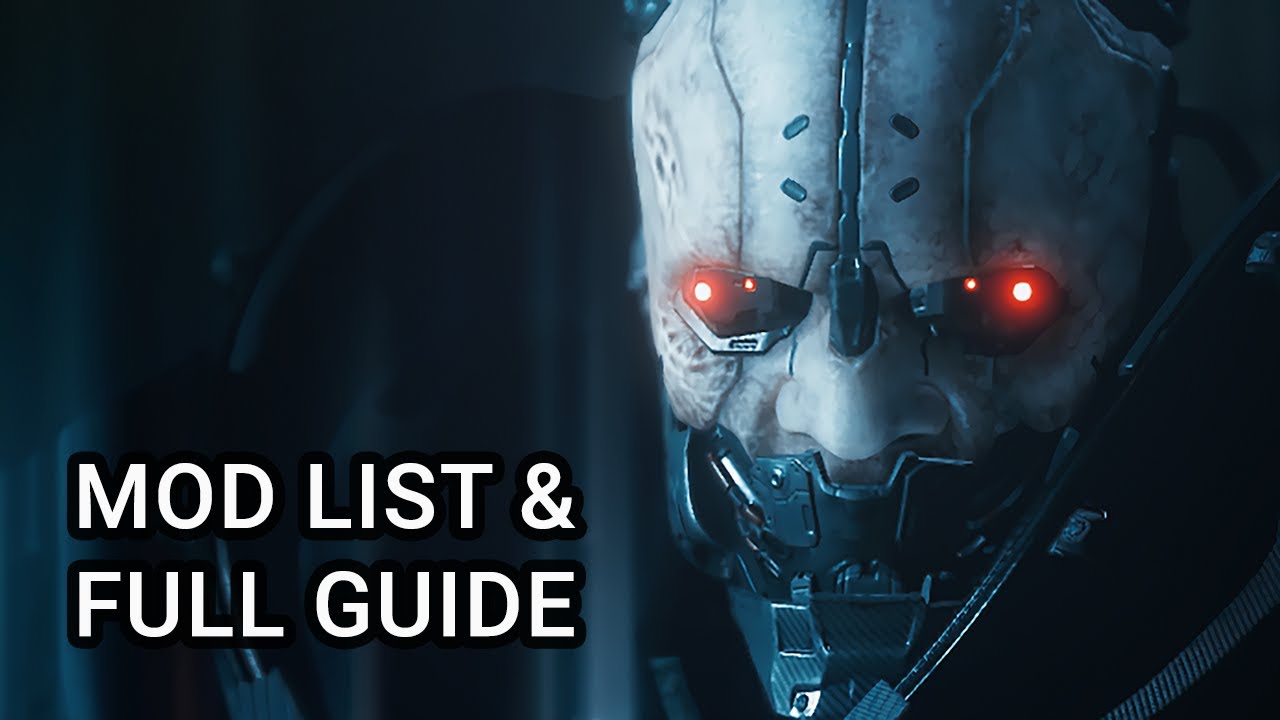 The release of Cyberpunk 2077 took place almost 2 years ago, and despite the numerous patches designed to correct various problems / shortcomings, the game is still far from the “ideal”. The Society of models is trying to correct this situation, thanks to which it was possible to partially “improve” various aspects of the gameplay. And in this article you will find another selection dedicated to this topic (and you will find past similar collections in the list above).

By the standard scheme, let’s start with utilities that are necessary for the work of most mods:

All mods are installed quite simply: we open a link to Nexus, download the archive at the first link, unpack it in the root folder of the game. An exception to this process is only Better Melee, the downloaded file must be thrown into the Cyberpunk 2077 \ Archive \ PC \ MOD folder.

Since it is impossible to change the name of the conservation in the game, this mod-on allows you to add a small note or, if you put it differently, a description. To do this, before creating preservation, it is necessary to enter the text in English (alas, other languages are not supported) in a special field.

A fairly simple mod, adding, perhaps, the most important mechanics and capacity to turn off the display of things in each slot of equipment. In other words, if you find a “cool” armor with the right characteristics or number of slots, but you do not like its appearance, click on the eye badge near the slot and it stops displaying on the character.

In my opinion, such a functionality, like transmogrification, should be present in games with a huge amount of various beautiful clothes by default. For complete happiness, the moderators remained to introduce a transmogritic system and the ability to replace the parts of the protagonist’s body with cybernetic (we still run around the world of the future, where, if desired, you can replace the skin with chromium).

Adds a carster in the game, in which a player can improve his own or stolen vehicle. The improvement process consists in setting up 7 parts of the vehicle, ECU, transmission, suspension, brakes, tires and weight (inaccessible to motorcycles). Each contains a fairly large number of options affecting various parameters of transport.

The workshop is located in the Watson district (the right upper corner) and is marked by the sign of the key that you need to call in to activate a special interface of improvements made in the style of the game. In general, this is a pretty good additional feature.

As already known, initially the metro system was to be present in the Cyberpunk 2077, but it was cut out of the game, without removing the paths from the architecture of the “night city” along which the wagons were supposed to run. Actually, this mod, so to speak, “returns” the metro system to the game.

As I already mentioned, the mod includes 19 stations presented in the form of separate small locations, between which the cars constantly run. Entering the car, the player can enjoy the architecture of the city, switching between the view from the third or first person.

A small but rather extensive mod that improves several, as it seems to me, important aspects of the gameplay. Firstly, all representatives of gangs and corporations now have their own unique features than just 2-3 effects of damage resistance. For example, when scanning opponents of the Tyger Claw group, you will see that they are:

Secondly, the backstory determines which gangs are sign V and based on this you get a number of positive or negative effects. For example, having walked along the path of the corporate, positive effects are applied to opponents of the Arasaka, Biotechnica, Kangtao, Militech, Unaffiliated Corpo groups, and negatively all the rest.

Another vast mod that affects equipment this time. He adds to him, so to speak, depth, turning from a means of simple increase in characteristics into something more. Firstly, almost all of the equipment has a second set of characteristics of the character, however, they do not enhance the appropriate development branches, but only affect the corresponding unique dialogue versions and requirements for the use of objects. That is, if you need 10 strength to open the door, this requirement can be achieved using suitable equipment.

Secondly, the characteristics of equipment now provide various permanent buffs. For example, if you total 3 characteristics of Body, the indicator of your armor will increase by 5%, with a 5-time by 25%. Also on the clothes there was a postscript to which of the main styles it belongs to theentropism, Kitsch, Neomilitarism, Neokitsch. This also provides buffs, but, frankly, I did not quite understand which ones.

And finally, thirdly, the mod adds a mimicry system. When putting on a character of a complete set of equipment one of the gangs, corporations, its representatives will be more difficult to see the enemy in you. Accordingly, this opens up new opportunities for those who love an inconspicuous stealth style of play.

The third vast mod that processes the police system, adjusting the CP of all machines, depending on their type, adding the ability to simultaneously drive a vehicle and fire. I added this mod to the list only because of the last feature, because it is very strange that in the game filled with vehicles, the character cannot shoot on the go.

Unfortunately, at least this fashion possibility has its own shortcomings in the form of a strange animation in places, the inability to get weapons in some types of machines, when shooting from the machine, you can cause damage to it, etc.

And in conclusion, the list of simpler, but no less useful mods: