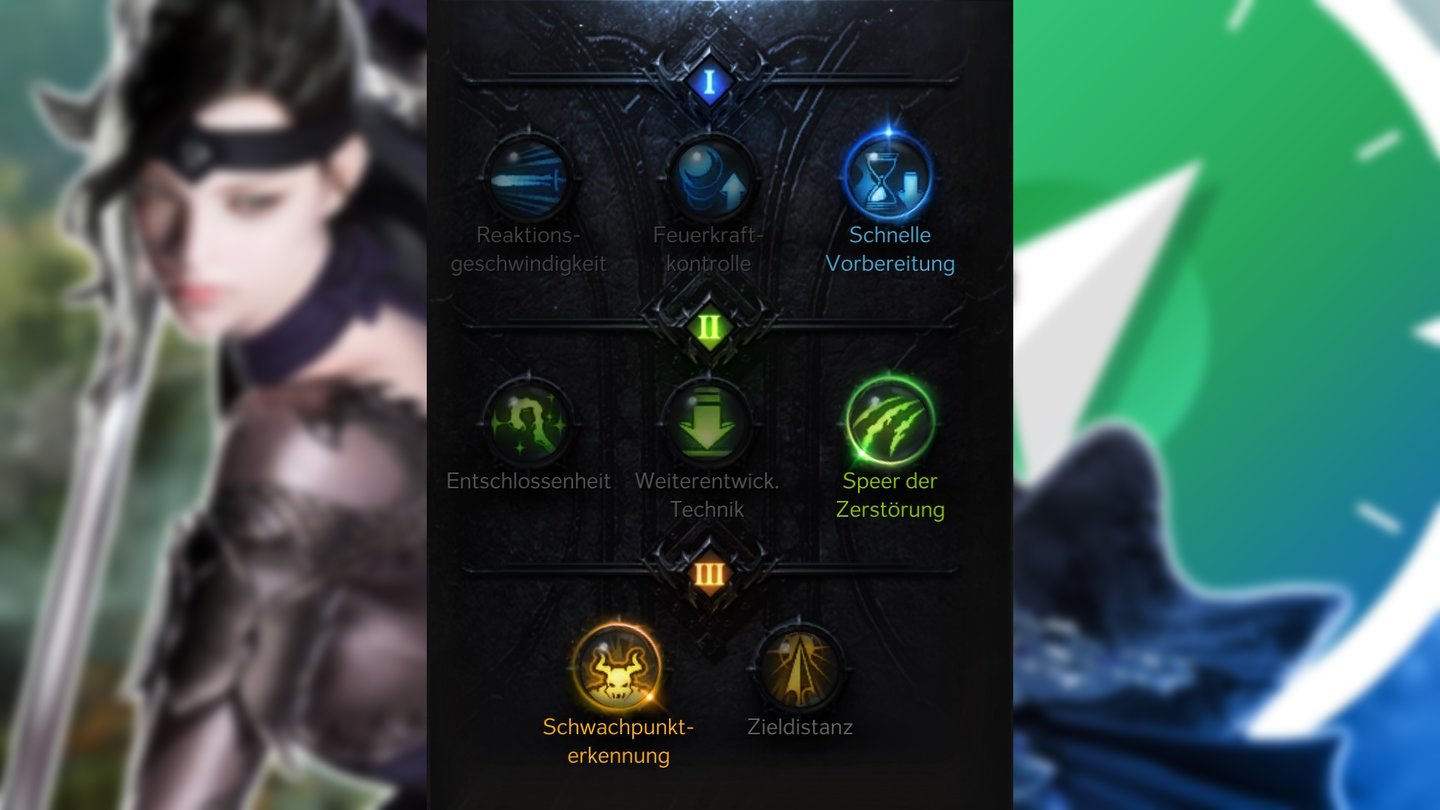 The Lancer is the newest hero class in Lost Ark. The builds for this featured in this guide work with two polearms at the same time: the lance and the glaive. While one offers focused strikes and high penetration, the other focuses on speed and storming area attacks.

Appropriately, the spear bearer relies on her two combat stances: Assault and Focus, equipping and empowering their respective weapons. You can find out how best to balance the strengths and weaknesses of both weapons in our extensive Lost Ark Guide.

Raids and Abyss Dungeons
The hardest part of Lost Ark’s endgame content consists of raids, abyss dungeons, and abyss raids. You have to face dangerous bosses with up to eight players in these challenges. While the Lancer is purely a damage class, her agility, a powerful debuff, and a panic button make her an asset to most groups.

Skills and Runes
The exact distribution of all skill points will cost you 324 skill points and targets the most critical attack skills. A slight downside of Summit Lancer is that she requires a minimum number of skill points to compete with other damage classes.

If you haven’t reached the required skill points yet, but still want to play this extremely rapid skill, we have prepared alternatives for you in the skill descriptions, with which you can also do justice to your role with 252 skill points.

Storm skills
The Pincer’s Pinnacle spec uses her Storm Stance and Focus Stance, which you rapidly switch between. While Focus Stance deals more damage, Storm Stance offers a partial break, stagger damage, and a debuff you can apply to enemies.

Chain Smash – Level 4
Chain Slam gives you a way to destroy weak points and deal stagger damage. Due to the limited number of skill points, the skill serves you in this skill more as a small positioning aid.

Upgrades
At both 324 and 252 skill points, increase Chain Smash to level 4 and use the Swoop upgrade to give you increased mobility.

Runes
Due to the low cooldown, the potential of the rune »rapid charge« can be fully exploited with chain smash. Optionally, Bleeding can be used to increase the damage dealt.

Lightning Kick – Level 4
Lightning Kick is one of your movement skills, Illusion Dash and Chain Smash. The ability to dodge quickly is invaluable in raids to avoid being hit by enemy attacks.

Upgrades
At both 324 and 252 skill points, increase the skill to level 4 and use the Great Agility upgrade to increase the range of Lightning Kick.

Runes
Due to the relatively low cooldown and frequent use of this skill, the Rage rune is the most effective choice.

High jump – level 4
High Jump is your only counterattack as a Lancer and offers you a small amount of stagger damage.

Upgrades
Boosts High Jump at both 324 and 252 skill points at level 4. Uses the Swift Preparation upgrade
to reduce cooldown.

Runes
Since the number of Runes that can be used in Lost Ark is limited to eight, you do not use any Runes here.

Runes
The Tornado’s multi-hit works well to fit the first part of the Verdict and Judgment combo into your rotation.

Runes
Due to the multiple hits, »Klingenrad« offers itself as the second part of the »Judgement« and »Judgement« combo.

Cutting Wind – Level 4
Slicing Wind is another skill that doesn’t reach its full potential due to our limited skill points but serves as a rotation supplement and dual meter generator.

Runes
Does not use a rune for this skill.

Upgrades
Always boosts Binding Blue Dragon to level 10 and uses the Rapid Prepare Upgrades for cooldown reduction, Blitz for a significantly reduced cast time, and Critical Spear for a powerful debuff that makes the enemy more vulnerable to critical hits from you and your enemies group makes.

Focus skills
Focus Stance does one thing above all else – damage. Because with this skill, your three primary skills always land critical hits. While you don’t have variable choices for skills in this category, you can still improve them.

Strike of Destruction – Level 10
A destruction Strike is a charge-up skill that deals massive damage.

Runes
Don’t use a rune for Destruction Strike.

Starfall Leap – Level 10
Starfall Leap is your only focus stance movement skill and Breakthrough, but it should only be used as such in an emergency as its damage is enormous.

Runes
Use the Wealth rune to fill the Dual Gauge faster.