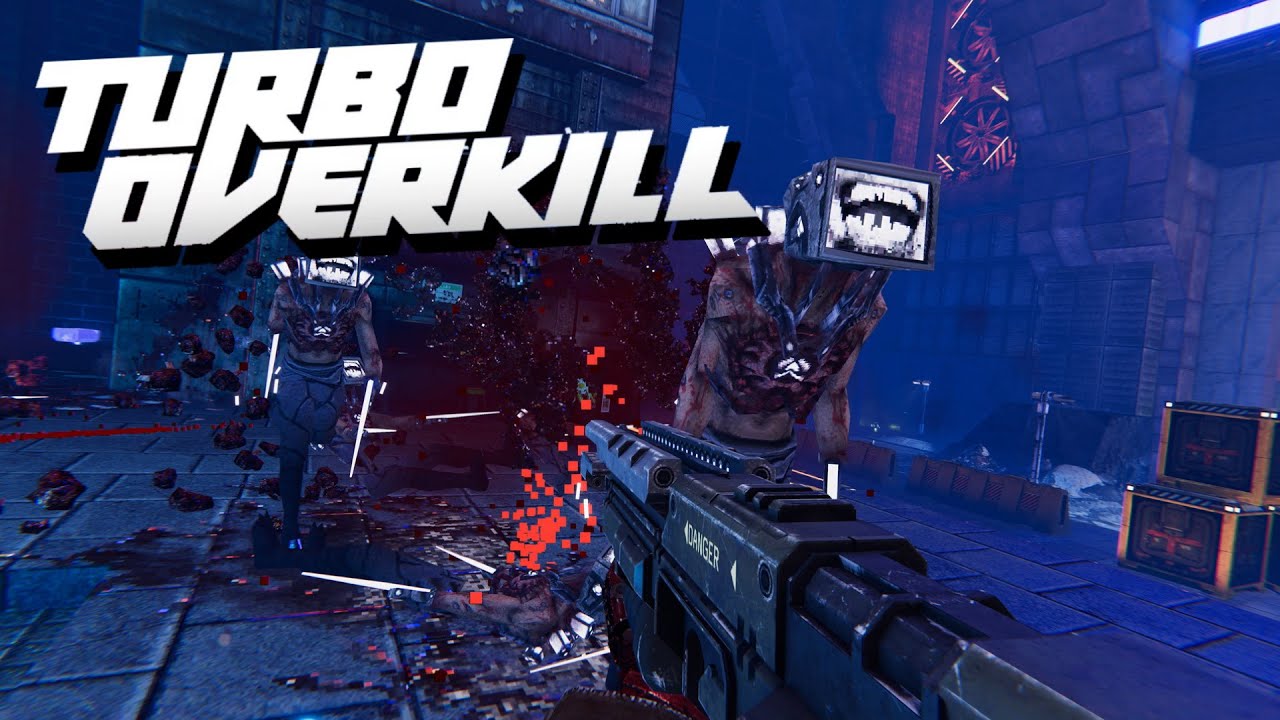 In the beginning there was a word. And this word belonged to the great John Karmak. Yes, someone will say that before the creations of ID Software came games that are commonly called “the first shooters”. But these are compromises. The word belonged to Karmak! The whole founder invented the formula for which for four decades the most popular video game genre has been created. In 1992, Wolfenstein 3D was released – “serial model”, as they would say in one famous anime, and not these “prototypes”.

It is not surprising that it was Karmak who continued the evolution of the FIRST PERSON Shooter genre. His swan song was Quake III, a damn fast jumber, in which not a single mistake is forgiven. “Now they don’t do it anymore,” I would like to say. No, they do it. In April, I was lucky to play two games that are completely and completely faithful to the old canons, the same formula that John Karmak invented.

The first was Forgive Me Father – you can read the review on it here. And about the second – Turbo Overkill – I’ll tell you now.

Far from Cyberpanka future. You can see what it was represented in the recent past in the films “Running Blade”, “Johnny-Mnemonik”, “Robocop” and so on. The protagonist is the mercenary of Johnny Turbbo. Returning to his native Paradise City, he discovers that he is filled with a virus, some wild mutated estates of people and cars roam the streets, and Syn’s evil artificial intelligence is behind all this obscene.

Naturally, Johnny does not suit this state of affairs. So, it’s time to solve the problem with the help of time -tested methods: a large arsenal of firearms and a chainsaw mounted directly in… leg! No, but what is it? The hero is a cyborg, can afford an upgrade.

So that you do not forget to use such a device convenient in the farm, the developers specially introduced mobs running to your clinch with a slender ordinary. All Johnny needs to do is to run away a little from them, turn around and do a tackle – this activates the chainsaw in the leg and delights enemies on the minced meat. There are many in which shooters there are an unit mechanics, but only in Turbo Overkill is it implemented with such pathos.

Yes, there are a lot of blood in the game. Each of one and a half dozen opponents explodes with a fountain of insides, staining everything in red. Around skyscrapers and neon, and against the background, a hologram of a half-naked girl is dancing, advertising something. And it is completely incomprehensible, day now or night-because of a smog there is no difference above your head.

But not only a stylish visual stands out. Speed is another important aspect of Turbo Overkill. With this speed, we took place Quake II and Unreal. The hero is constantly in motion, and he will not have time to stop and look around exactly until he cleanses the location from opponents. And after Johnny, he can take a breath and look for secrets hidden at the level. At the same time, I can’t say that the game drives you forward on purpose, despite the unambiguous word Turbo in the headline. I just don’t want to stop in the process. It is very fan to crumble the monsters in the vinaigrette, and it is especially cool to do it in motion.

And when the character opens up the opportunity to run along the walls (though not all), the meat grinder switches to some completely prohibitive level of madness and drive.

One chainsaw in the lower leg and a pair of starting pistols to clean the city from cybernees would not be so fun. At the disposal of Johnny Turbo is an impressive arsenal. Moreover, each gun has an alternative shooting mode that came straight from the classic Unreal Tournament.

For example, starting pair of automatic pistols is an excellent weapon that can shoot in bursts. If desired and sufficiently a number of cartridges, you can go through the whole game with him. Especially when you open the second firing mode – the accumulation of the energy charge and an instant shot in the marked enemies. Such a salvo instantly kills most enemies or inflicts serious damage to monsters fatter.

And so with each barrel. The developers also applied one of the elements of the formula of the ideal shooter, refusing to force the player to do what he does not like. Not understood? I’ll explain now. Many arcade shooters are infected with a very nasty disease – the lack of freedom of choice in Ganpley. Designers over and over again try to invent a bicycle on triangular wheels, and are surprised why it is not going well with them. They invent monsters and their weaknesses for a particular weapon. This demon is practically not to destroy without a shotgun, it is poorly killed from the machine gun. But this must be charged from a plasmagan, otherwise the battle with him will turn into torture.

Gentlemen, such an approach is complete Azta, I will tell you. The player needs to provide the opportunity to decide from which machine or gun to shoot more comfortably, and not rape it with the absence of an alternative. Fortunately, as mentioned earlier, the developers from Trigger Happy Interactive did not make such an error, but they did everything as it should.

Do you like shooting a shotgun? Yes please! Here is in addition an alternative mode that changes a shotgun on a grenade launcher. Love a couple of machine guns, but infuriates low damage? Without problems, take one in the hand – this will reduce the rate of fire, but will increase accuracy and armor.

Also, do not forget that Johnny is actually a cyborg. And it can also be upgraded, not limited only to the chainsaw, which is issued from the start by default. A local currency falls out of enemies, which can be effectively spent in the shopping devices by the acquisition of various improvements. As a result, it will come to the point that you will integrate a missile installation in your metal hand with the possibility of defeating several targets at once. And a demonstration of the middle finger at the end of the spectacle.

The levels in the game are represented by wide corridors, in which there are, where to turn around and jump up and run into the pleasure. They are clearly divided into zones, and you will perfectly understand when it is possible to carefully examine the level in search of hidden secrets to open side bonus locations. Although this is not at all necessary to do, here the choice is yours.

You will have to look for first -aid kits to restore life. Modern gamers are not used to this, they would have to sit under the table for ten seconds, and that’s all, the character of the gloomy. In Turbo Overkill, this will not work. Your health glasses can be cut to zero in a split second, you just have to catch a random missile or fall under the barracks of the turret. The game is not going to nurse the gamer, and already on average the level of complexity challenges.

Special pleasure gives a stylish graphic design. The developers perfectly understood that they did not make sense to spend a lot of money on highly detailed textures and the like whistles. Tea, not the new Battlefield is done, which graphic beauty still did not help to avoid catastrophe. The graphics in the game are made in deliberately-wretched retro-style. This choice is great for playing the setting of a gloomy cyberpankovsky future. But what is a little upset is a weak animation of opponents. I would like greater smooth movements.

The schedule is echoing and a chic soundtrack, combining synthetic music and heavy guitar riffs. Instead of a hundred words, listen to yourself better.

Something tells me that melodies from the game easily migrated to the media player for daily listening.

And now the dessert. Turbo Overkill is in the status of “early access”. Yes, this game is not finished to the end. Only now she already looks and plays many times better than many releases from more eminent and wealthy studios. If you, like me, are yearning for the old days when the games were really better and more interesting in many aspects, then be sure to pay attention to Turbo Overkill. The pleasure is guaranteed!

And I will put an assessment of the game when the full exit of the game will take place. And something tells me that she will hesitate between “this is amazing” before “This is almost a masterpiece!”.