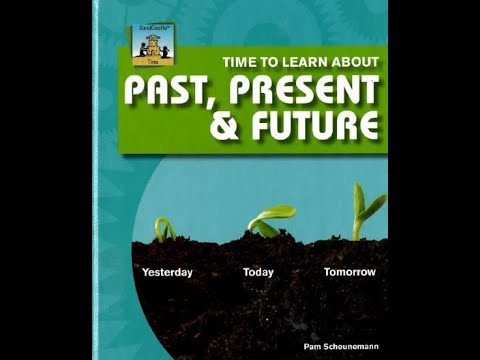 In November last year, Jang Hyun -guk’s ambition was ambitious at the third quarter conference call. If it was a few months ago, it would be a dream, and it might have laughed. But at the time was different. I thought it might be really possible for the ‘Mir 4’ global version and the price of the rising Weix. Wemade’s status has changed completely in just a few months.

Meanwhile, Wemade was the place where the blockchain business was silently. Of course, the process was not smooth. In 2020, no one showed interest in Wimick until the time when he issued a cryptocurrency of the same name as the blockchain game platform ‘WeMix’. Until at that time, no one had made a clear vision of what kind of changes in blockchain and games will bring to the game industry and what economic effects will have. We mix was similar. It was a time when there was no game using the WeMix yet.

Wemade, encouraged by this success, has since been to build a full -fledged monetary currency. We are planning to on board. By the end of this year, 100 games on the WeMix platform will be on board, making it more powerful to establish a key currency status in the blockchain game world. The view is not bad. Since the success of the ‘Mir 4’ global version, the domestic game industry has been interested in P2E games. In addition, for small and medium -sized game companies that are difficult to create and issue their own cryptocurrencies, weigh on board is a proposal that is pulled by a rust. As a vanguard of the domestic P2E game, you just need to put your P2E game on the We Mix Platform that has secured some location.

What is encouraging is that it is not only domestic game companies that are interested in Weix. Earlier this year, the Red Fox Games signed a WeMix Onboarding Agreement, and Taiwan’s X -REAND also signed a WeMix Onboarding Agreement. It means that it is interesting in the global mix in the global, and it is more powerful in the action of WeMix, which aims to call the blockchain game world.

The reason is that Wemade is working on this board. That’s why the ecosystem is built. The cryptocurrencies used in the P2E games so far were mostly for certain games. ‘Axi Infinity’ is a typical example. AXS and token’s Smooth Love Potions (SLP), which are used in the P2E game’s Daemyung Shooting Shooting, are only used in ‘Exheat Infinity’. In other words, the influence of AXS and SLP is limited to ‘AXS Infiniti’, no matter how ‘AXS Infiniti’ is raw meat.

But the Weix is different. WeMix Onboarding games are increasing every day. There are not many games released among them. To date, seven Weix Onboarding games have been released, and more than 30 games such as ‘Blade: Reaction’, ‘Dark Eden M’, ‘Decaron M’ and ‘Arcane M’ signed an onboard contract. Is preparing. This is 70% of the plans of Jang Hyun -guk, who will board 100 games on the Mix this year.

These Mix Onboarding games share a blockchain platform called WeMix and cryptocurrency topics. However, the WeMix itself is not used in the game. Basically, each token used in the Wemix onboarding games is used only in the game. In the ‘Mir 4’ global version, you can only use Draco and Hydra tokens, and you can use only millico tokens in Gunship Battle: Crypto Conflict. Instead, unlike the previous ‘Axi Infiniti’, the WeMix onboarding game is different in that it can be used in other games by changing each token into a mix. For example, if you want to play the ‘Mir 4’ global version and want to do ‘Gunship Battle: Crypto Conflict’, you can change Draco to a mix and then replace it back to Milico. This is thanks to each token tied to the WeMix blockchain platform based on the weix.

It is aimic that has been victorious while increasing the onboard game, but it also suffered from measles once in the process of expanding the ecosystem. Suddenly, the issue of bulk selling of the WeMix occurred, and the value of the WeMix also plunged. It may be somewhat unfair for Wemade. Wemade continued to mention the WeMix to establish the WeMix ecosystem, but also stated that 74%of the 1 billion Weicks issued by the Wemix White Paper to create an eco -system and so -called ecosystem.

There are many ways to create ecosystems here. The first is the conclusion of the onboard on board mentioned earlier. Naturally, it is easy to predict that it would have been used in the process of signing the contract. The second is the part of M & A. In fact, Jang Hyun -guk said, “We will boldly develop M & A to expand the WeMix ecosystem when acquiring SundayToz.” The third is the part of the securitization.

This securitization is the most important thing for the current mix. Liquidity in economics means the possibility of cash of an asset. In short, high liquidity means that cash is easy. This is why Wemade is striving to securitimix. This is because securitization is essential for the future of the WeMix for the establishment of the weix ecosystem.

Lack of liquidity assets are expensive to trade. For example, let’s say you want to sell A coin for 5,000 won. If the volume of transactions is high, the transaction is likely to be concluded quickly. But what would happen if the volume was low? In addition to the fluctuation, you may lose money. The damage caused by the failure to sell at the price you want is called slippage. Naturally, these unstable assets have little investment. This is why stocks and coins have to pay attention to liquidity.

The same is true for Wemade selling 10 million weixes, which is equivalent to 1%of the total issuance of the per month. Some investors say what is needed for the future of the rugpool, not so -called maximics.

Of course, the eyes surrounding Wemade and Wemix were not multiplied. In order to solve the concerns of investors, Wemade strengthens the transparency report to strengthen the transparency, while the price of the WeMix reaches $ 200 in terms of compensation for the price of the Weix in the process of growth of the WeMix ecosystem. Each time it rises by $ 10 until it is, he announced plans to incinerate 1%of the total quantity. In fact, it is said that it will incinerate the volume of 20%of the total quantity of the Weix.

This is not the only step of Wemade to restore the trust of the WeMix. Wemade followed that it would temporarily suspend the controversial and max securitization. It is a measure to stabilize the price. In addition to the response at the company level, Jang Hyun -guk also stepped off to restore the trust of WeMix investors. Two months after he professed to receive all his salary in the 4th quarter of February, he took it into action two months after he. All of the salary and dividends were changed to be mixed, and the promise was actually received as a grim mix.

Meanwhile, the blockchain industry itself was more powerful. It is representative of the launch of steaking (deposit) service and De-Fi service Cleva.

In the case of steaking services, steaking with the WeMix Wallet is a reward, and the use of the umix, which was not used except for the exchange of cash, Draco and Wemix -based tokens, has been expanded. The same is true for the Defi service. Defi participants will be compensated for virtual assets and Cleva in exchange for supplying liquidity. It is called Yield Farming, and it is increasing the use of WeMix throughout the blockchain ecosystem beyond the blockchain game world represented by P2E games.

The vision of WeMix, and what is the future of Wemade?

We can’t predict the future of WeMix, but if you look at the achievements and actions so far, Wemade is growing gradually as the goal of Jang Hyun -guk. There are already more than 30 games that have signed the WeMix Onboarding Agreement, and there are also games that record global hits, such as the ‘Gunsim Battle: Gunship Battle: Crypto Conflict’. In the case of ‘Gyeolgangho Global’, the number of pre -bookers has surpassed 5 million reservations, and the number of users increases day by day, and the number of servers increased from 20 to 54 within three days of its launch. It has surpassed 100,000 global concurrent users. As the number of hit games increases, the influence of the Wex is also expanding.

Participation in GDC can also be seen as an extension of this move. It is a P2E game that can make money while playing the game, but many people still see only the mining games to make money for P2E games.