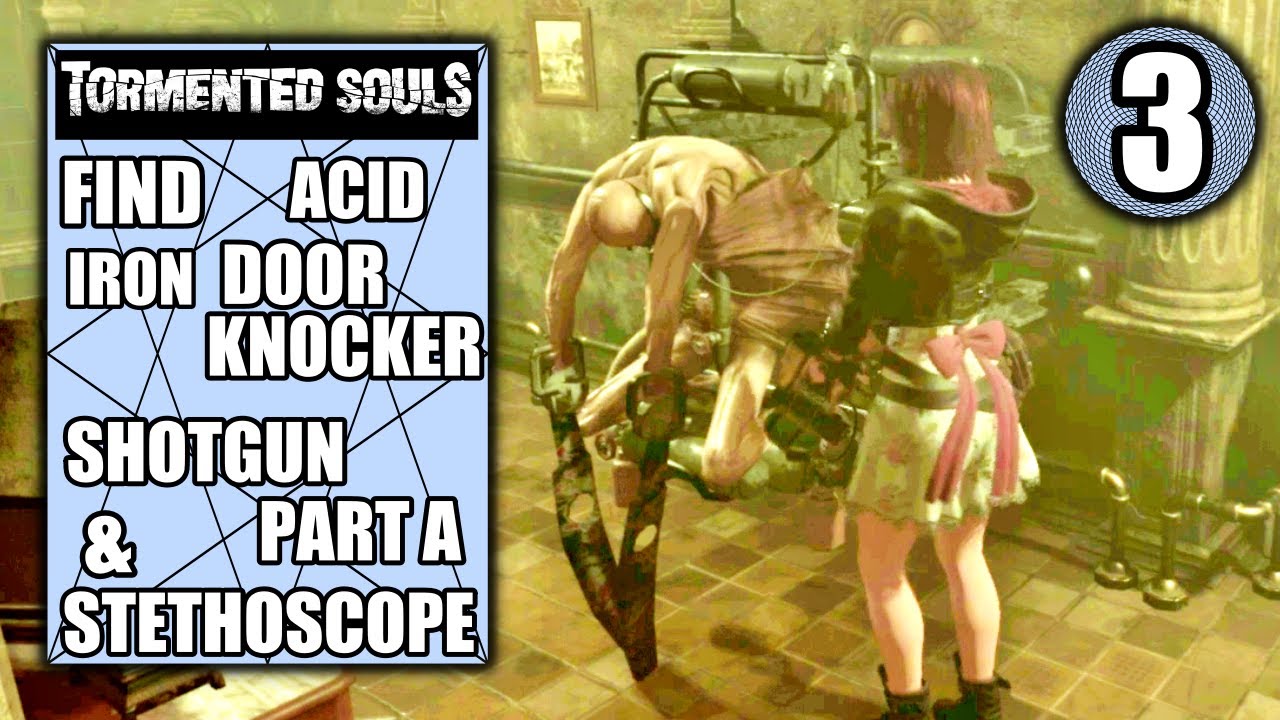 In TorMented Souls , we embody Caroline Walker who, following receipt of a strange content, goes to a hospital / manor where she is quickly knocking before waking up in a situation somewhat uncomfortable than I will not divulge you, but who directly poses the atmosphere effectively.

Graphically, the whole is very old school. If the decorations are quite neat, we regret that the 3D models of the characters and monsters are relatively missed and poorly animated. At least it turns on the Switch .

The atmosphere of Manoir / Hospital, even if it is devoid of any originality, makes the tension, associated with certain jumpscares and to musics sometimes stressful sometimes light to support the events.

The movements are to the resident Evil with the stick to move forward in the direction to which one is turned. With globally fixed cameras, it makes its small effect retrogaming even if we obviously find the problems posed by this type of gameplay with first ranks the accidental direction change by changing the screen and the lack of visibility in some places.

On the side of the riddles, we are here again in classic: closed doors until we find what allows to open them, objects to be combined to unlock a situation or codes of padlock to find from information in documents.

On this side, the game can put some worries because, if the level of the puzzles is overall not very high, since it is never indicated if we found or not what allows us to answer correctly, we can end up scratching his head a moment simply because we do not have all the elements in our possession.

A small originality of the title is to sometimes force the player to choose between holding a light source or a weapon. Knowing that in darkness hides death, exchange his lighter against the iron bar can be problematic. Too bad these changes of objects must go through a slightly heavy inventory to handle.

The fighting part seemed a little behind. If in a resident evil the slowness of our character and the sighting problems replayed the tension without being annoying, it was because our enemies were slow base and slowed at each shot worn.
Tornedd Souls forgets to really penalize the enemies, which makes them arrive too quickly to the body to the body, helped by the exiguity of the pieces and the heavy displacement of the character; This makes fighting for my taste a little too punitive.

the old one is good, but it’s old

We find this punitive side on the management of backups that copies that of Resident Evil: to record the progress, it takes a magnetic tape, which is consumed when it used. If it’s a good idea to add tension and avoid the facilities of a QuickSave, it becomes annoying when after two hours of play we still have not found a tape and we would like to take a break. On Switch, we can nevertheless leave the game launched in the standby mode of the console.

Tornedd Souls breaths the warm and the cold: First of all, it is pleased to replay to the Resident Evil way, then we are in front of the limits of the gameplay that we had forgotten and which are particularly present. Then, we are pleasantly surprised by some findings and the atmosphere despite the bad dubbing (in English only, with a text in French).

If we put it back in its independent play context, Tormeted Souls is a development that is not to blush. And in the absolute, it is a game that will please the fans of the survival horror of the beginning of the century despite its defects.

_Testé by armagnis on switch with a version provided by the publisher.