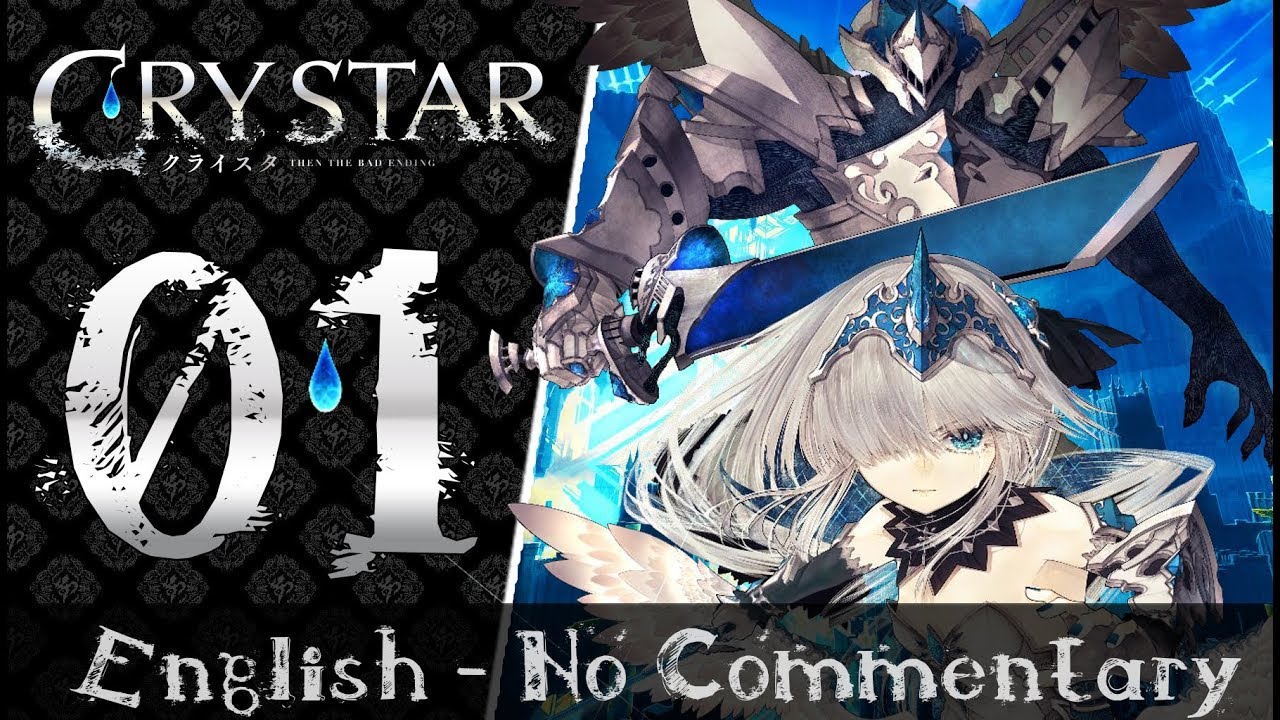 Know how to ask the stakes

The game takes us directly to the controls… of an amnesic butterfly. And if the loss of memory has become a poncif of video games, it is here well justified and especially very transient: we play a soul that as long as it does not know who it is in this form of disembodied butterfly.

After a few minutes to move in an environment that does not encourage optimism and listening to the complaints of the various souls in pain, the identity returns to our butterfly called Rei Hada and who then takes the form. a high school student. Very quickly, a butterfly accompanying himself to be his sister Mirai before the latter disappears, carried away in the depths by a monster.
Then arrive at Mephis and Pheles, who present themselves as the managers of this place which is the purgatory and propose to REI to become their executor in order to save Mirai.
I will not say more so as not to reveal everything from this introduction that ends with an animated on the Can Cry song to conclude about ten minutes that have been directly plunged into history.

This staging is sublimated by the integral duplication of the dialogs that is absolutely perfect. On this kind of game, I rather usually put Japanese dubbings, but we also have a great intensity put into the work of English actresses. On the other hand, neither dubbing nor translation into French on the horizon.

the action above all

The goal for REI is to save Mirai by harvesting idea, crystals from the tears of those who have a clean awareness.
For this, you have to go down always lower in the purgatory by destroying the spectra and ghosts:
– The spectra had their fragmented soul, which makes them reborn in the form of monsters incapable of speech
– The ghosts regained their own conscience, they are endowed with and are intended to recover souls in order to reach the Revival , that is to say the return to the life of the soul

As an executive, it is by destroying these enemies that we earn crystals (which serve as currency at the game to buy care and other potions), but also the torments of the ghosts.

In view of the third person, we move with the left stick, the right being used for the camera (no more or less capricious than in most games). We have a weak shot and a strong shot that allow quite simple combos, but needed because they can lead to a fall of the opponent making it defended for a few seconds.
Special blows are also available – up to 4 can be assigned to a keys association – which use the character’s MS gauge, limited to 100, which fills with basic shots.
No possible parade, it is necessary to fend for a dash that goes in the sense that it says.

If initially we only play REI, we are joined by three other characters with quite distinct play styles. A simple touch allows you to move from one to another either to adapt to the enemies present either to allow to recover a little life for the resting character. The climb of the four characters remains about equivalent, because even off the characters earn 80% of the character’s experience.

It is not in this compartment of the action that Crystar pulls its pin pin, because the combat system is simplistic, the enemies are devoid of IA and satisfying a model of attack well. specific according to their type. In the same way, the Level Design is minimalist: the purgatory consists of platforms connected to each other with monsters that do not come out of their zone, there are few secondary roads and we only travel to gear a little more Experiences and torments only by making the shortest path.
Nevertheless, the fighting is not an absolute purge, because you have to be careful seen that some combinations of monsters can be complicated to manage and life can quickly come down. Care potions can be put in automatic mode, which is useful for life, but less for state alterations that are so common that the stock drops too fast if it is allowed to be used at any occurrence.

There are some boss fights, more or less interesting, but generally trivialized by the guards who are an entity available to each fighter and allows a big increase in damage and launch a fairly devastating ultimate attack via a yellow tear yellow that is fills either by fighting or crying (which consumes SP). Out of activation, these guards can trigger randomly to defend us or save our life.

I found that the levels were sometimes a little too long, but it is especially because what is most interesting in the game is its history.

When we are not in the purgatory, we find ourselves in the Réi room which serves as a hub.
Via phone calls (sic), REI can contact its adventure companions, but also take advice from Mephis and Pheles.
Rei can also caress thelema its adorable dog, see an album containing a glossary of enemies (which are especially colored variations differently from some models), statistics, but also the memories of the dead that are sequences to the destroyed drawings that relate the lives. generally little joyful protagonists.

It is also from its room that Rei can cry to transform the torments recovered into equipment. These vary in attack and defense statistics (physical and magical), are combinable to obtain an improved version and can for some of the random modifications that may bring immunities to certain status alteration and I admit to the one that allows for no longer see his inverted controls.

The more we sinking into the purgatory, the more questions arises, the more the atmosphere becomes heavy and a question posed at the beginning of the game takes more and more meaning.

Graphically, the game does not make sparks, but it’s globally pretty, first through the manga-drawn characters for dialogs, but also the sets and models that have not been too sacrificed compared to The PS4 version. On the other hand, clipping is very present with mostly buildings that sometimes appear late, but it was probably a sacrifice to do to have a fluid game. And then, these pop items being only purely decorative, it’s not a big problem.

The Switch version comes with the PlayStation 4 DLCs and we have several clothes to dress our characters, but as an individual I left almost everyone with the basic clothes that are very good and especially Fittings with the drawn version which she does not change even if I do not doubt that some players have opted for a swimsuit team. Note that one of the clothes, portable by anyone, allows to have 10% discount at the object merchant.
The music ranging from melancholy to the annoyed good still emphasize with adequacy what happens on the screen.

Love it or hate it

Crystar is part of the games that are difficult to recommend while being a game experience that we remember a long time.
The fighting system with its repetitiveness and its lack of depth will necessarily be blocking for a number of players, which will unfortunately pass them next to a stakeholder and poignant story.

This will not help either, it is that the game is sold at a price of a triple while it clearly does not have the attributes. I want to advise those who would be interested in waiting for a promotion on the title that will necessarily arrive, or even go to PlayStation 4 if playing on switch is not essential.

As far as I’m concerned, despite his faults, Crystar will be a marking game thanks to his unique atmosphere and his striking characters, and that’s already something wrong.