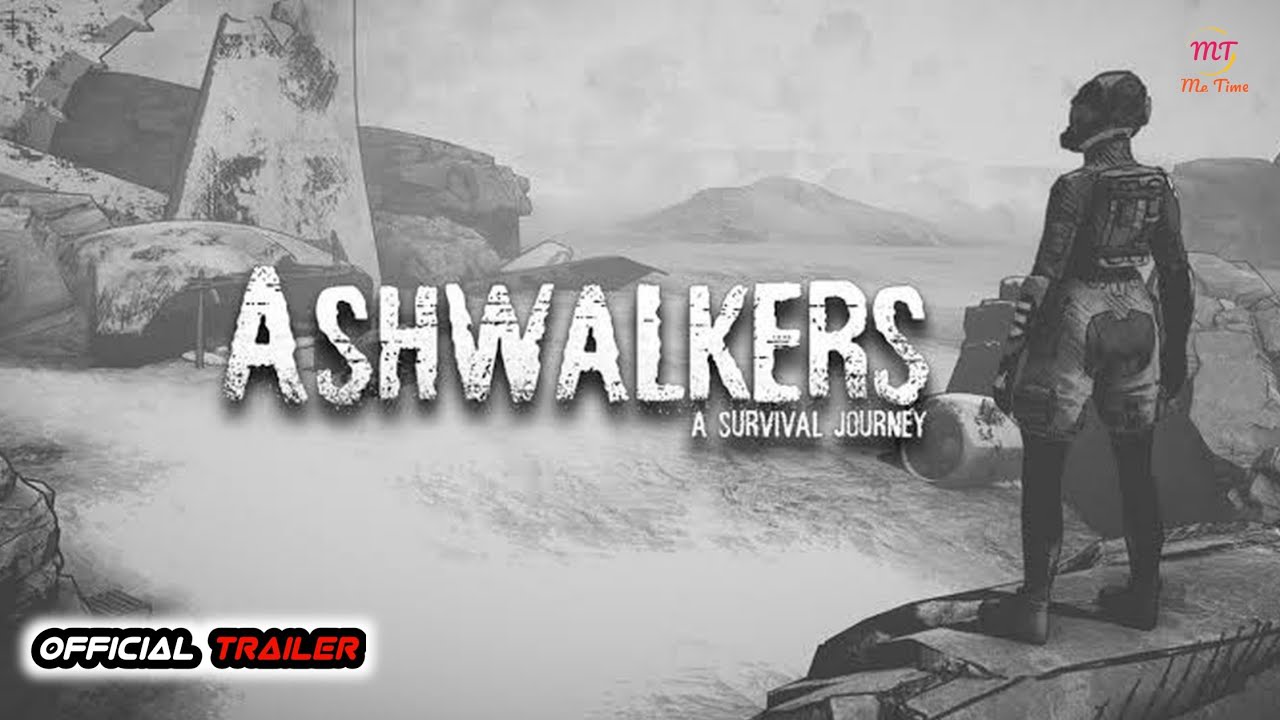 Updating 02 April 2022: Test of the Switch Version, by Alandring

Released last year on PC, and tested by Neganrifter below, Ashwalkers arrived on the portable console of Nintendo on March 10. On the paper, the adventure of Nameless XIII had everything to work on this support. Indeed, each part is quite short (count about 2 hours to access one of the 34 ends of the game) and itself is divided into sections of reduced duration. It is easy to pause and resume. Finally, the game is technically minimalist, so it should turn without problem on the Nintendo console, right?

No. It is indeed all the drama of this portage: it is extremely mediocre. On the technical side, the slowdowns are frequent, especially in dockered mode, the loadings are long and several bugs tain the experience. Thus, in my case, pressing the key normally accessing the inventory had the effect of paralyzing the characters; I could only unlock them by accessing the camp. Similarly, in this one, it was sometimes necessary to resume several times to plan everyone’s actions during the night.

However, the problems of this portage is not limited to that. Indeed, the texts are sometimes illegible in nomadic mode. It’s not (only) related to the fact that they are very small: they are sometimes written blank on white or on a gray background making reading particularly complicated.

Finally, the screenshot that I show you below comes directly from the publisher. Indeed, for a reason that I do not know, the screenshots are completely blocked at stake… Is it an attempt to hide the lack of title?

In short, if you wish to discover Ashwalkers, I recommend doing it on PC or wait for a possible patch of this version Switch .

The bastion houses some 200,000 souls behind its walls. But these protections will soon flank in the hostility of the climate. Nevertheless, there would be a salute: the dome of the domes, a mythical providential shelter. However, no one knows where it really is, and none of the previous exploration groups returned to confirm its existence.

And today part of the third section, composed of Captain Petra, the former Wild Sinh, the young Kali scholar and the old scout Nadir. These four people are the last hope of their congeners and they go to venture into devastated lands and covered by the ashes. To reach the refuge providential, they must join a first tag that then puts them on the way for the next to the goal. In the meantime, they have to face fatigue, hunger and cold, not counting the various dangers that punctuate their way.

The adventure is played like a point of clicking: the right click allows you to move from one character to another, the left click indicates where to go to the group or validates certain actions. As their progression, hunger is growing and the characters get tired, especially if they have to collect resources on the way. The climate and its variations also have its influence and you have to prevent the team too cold. At all these parameters adds the management of the morale of the troops.

It is possible to regularly install a camp. It is on this occasion that it is possible to light a fire, to distribute food or cure the wounded. As the danger is omnipresent, it is better to affect someone to guard while others are resting or discussing each other. You can even send one of the limbs in the surrounding area.

On the way, the group makes various meetings. It is often necessary to choose the way of approaching this new event, each way associated with a character: by the reflection, by the force, diplomatically or all in stealth? The journey can also offer bifurcations and it will be to the player to decide the management to take.

it crates every day here, we are not in Miami

The goal of the developers was to make a game that changes every time we play. This principle is implemented using these different choices. This gives a total of 34 to discover. However, it should be noted that these are mainly variations that revolve around three main axes.

You can add to that an encyclopedia that completes by finding the various points of interest as and when the parties. This information explains the functioning of this devastated world or how humanity has arrived there. We can also discover more about our characters by making them chat between them by the fire.

A part lasts about two hours. After finishing the game a first time, it is possible to launch a custom part and thus choose a more advanced starting point on the way. This makes it possible to experiment with other choices without removing everything.

For followers, there are also 58 trophies to unlock. Finally, rather 57: one of them is indeed exclusive to the testers of the alpha.

Remember that you were born dust

On paper, Ashwalkers has everything to please. Unfortunately, Hervé Bonin no longer has any means of which one from whichnod ** and it shows: the game has the paces and the realization of a small budget title.

The course of a game finally consists in moving tirelessly in large corridors, the camera always screwed in the same direction. This allows some pretty plans when various sites are revealed to the team. On the other hand, the whole is often monotonous, because of the shades of gray, but especially the simplicity of the decorations. Moreover, only the members of the section are really modeled: everything else appears as shadows that crumble in the wind.

The goal is ultimately summarizing to raise resources between two scripted events. And, like the rest, they are rather simplistic: text, some buttons to make a decision, and that’s all. It’s not Zork anyway, but the set makes terribly old school. It’s weird to see in 2021 a game that tells in texts how the group searches a ruin, fighting a creature or discover an oldest vestige while the characters on the screen simply advance a few steps in a virgin extent. This is all the strangeness as the briefings between two areas are at least pretty illustrations.

The survival part does not really help to save the case. The resources are in quite sufficient quantities and the characters are much more tough than we could believe. Unless you cumulate unwise choices, it is not difficult to lead the little troop towards one of the purposes. We are very far from the difficult and poignant choices that can, for example, offer the games of 11 bit Studios .

To this, we can add some minor bugs like the growing plants as we approach or various poorly displayed texts.

We must still greet the work on the sound part: the partitions are of quality, between the guitar air at the corner of the fire and the mysterious moods in some key places.

Yes, Ashwalkers turns out rather austere. Survival is anecdotal and simplistic graphics. However, even if they only consist of pressing buttons, the various narrative choices are there and allow you to live a tailor-made adventure. Especially since his universe is rather interesting and makes you want to browse the various zones proposed. Yes, it is clearly a small budget title, but who has the honesty to propose at a low price. If we like to build one’s own story, it may be interesting to walk on the way it offers.

_Test made on PC by negograprter from a version provided by the publisher.