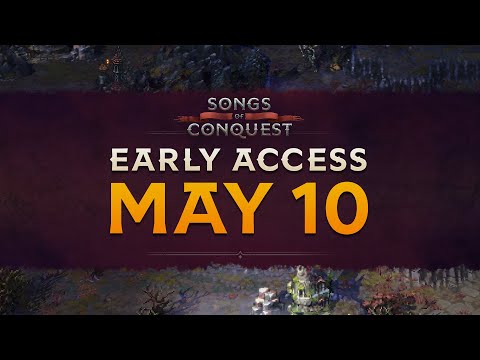 Revealed at the 2019 Gaming Show PC, songs of conquest will eventually be available in Ealy Access from May 10, 2022. Edited by Coffee Stain Publishing, the Lavapotion Studio Strategy Game will be released on PC.

Songs of Conquest is a turn-based strategy game, combining both RPG elements as well as Kingdom management. Strongly inspired by heroes of might and magic, the game takes you to a fantastic-medieval world, where you have to conquer the most land possible. Check the wielders, powerful magicians, and face the armies who oppose you during your explorations.

Four enemy factions are present in the game. The veteran knights, the ancestral tribes, the necromancens and mercenaries. All ready to fight for their survival or to dominate the world.

If the battles are needed to forge your empire, you will also need to know how to manage your resources and take the time to develop new technologies.

In addition to the solo campaign mode, Songs of Conquest also offers modes in multi, both locally and online. A skirmish mode is also present. As a bonus, the card editor will allow you to create your own adventure with the same tools as developers. What to let your creative mind speak.

Characteristics of Songs of Conquest