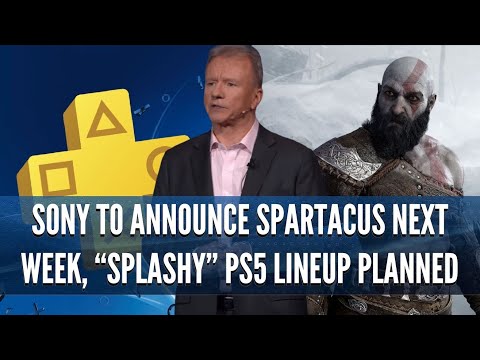 For several months, we have heard several reports and rumors about the existence of Spartacus, a service of PlayStation that would be focused on competing with Xbox Game Pass. While Sony has not issued a statement that confirms or denies this information, A new report ensures that all our doubts will be clarified next week, When Spartacus is finally revealed.

According to Bloomberg, PlayStation is preparing a special presentation, which would be carried out next week, to reveal all the details related to Spartacus . Along with this, anonymous sources have pointed out that the launch of this service would be accompanied by an alignment of first level games. Recall that previous reports indicated that the revelation of this service would be carried out in the spring of 2022.

Although at the moment there is no something confirmed, Bloomberg has mentioned that Spartacus would have three different subscription levels . The first would offer the existing benefits of PS Plus and PSN NOW. The second would give access to a wide catalog of PlayStation 4 games and, eventually, from PlayStation 5. The third party would allow its users to enjoy classics from PS1, PS2, PS3 and even PSP. In addition, the most expensive level would give access to extended demos and streaming game.

It will be interesting to see what kind of games come to Spartacus day 1. Along with this, the prices will be a fundamental part for many, and the comparisons with Xbox Game Pass will not stop, so we need to see something that is at the same time Game Pass Ultimate.