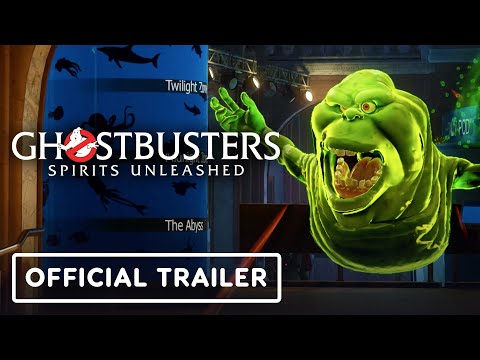 The game will hardly surprise the fans of the studio. Indeed, as for Friday 13 and Predator, Illfonic has decided to bet on asymmetrical multiplayer, in 4 against 1: a player embodies the ghost and the other four hunters to capture him. To be more precise, the ghost has the mission of scraping a maximum of NPCs and degrading the premises to gain power, while players have to destroy the rifts, the reappearance points of their opponent, then capture it. They must also make sure to do the least possible damage, otherwise undergo a malus experience.

Interaction with objects occupies an important place in this game. Indeed, environments are almost completely destructible. In addition, the ghost can possess them, unlocking different actions depending on the object concerned. All this helps to create a constant evolving card, which is strengthened by the NPCs: if the ghost has the mission to scare the civilians, players can also use it in order to benefit from their assistance, confident of more and more complex tasks as the part advance. The ghost is not left out because it can also invoke supernatural creatures managed by artificial intelligence.

Let’s say it clearly: I’m not a big fan of competitive multiplayer games. There is obviously exceptions, but to announce a game of this kind amounts to taking a sinuous way about me. The developers have also not marked points at the beginning of their presentation since they started by insisting on the many options for cosmetic customization that would contain the game… What rimed in my thoughts with the word “microtransactions.” However, after this first delicate contact, they announced two things that could raise the game to the rank of exception.

First, the story of the game is canonical and takes place after the events of * afterlife , last film released. A fairly strange ad for a competitive multiplayer game, but the developers have insisted a lot on this aspect: the game will not be limited to propose missions to be brought together _ad nauseam, but will give an important place to the narration.

Secondly, they have stressed a long time on accessibility, key vault. Thus, the game includes cross-play between all the platforms and has a design designed to please a varied audience. In addition, the gameplay is also very accessible: the game rests much more on the collaboration between the hunters than on the skills of FPS. Thus, even a little experienced player can feel useful. It is the same for ghosts: the integration of a reappearance mechanics avoids only one error is fatal. Finally, the most attractive aspect is that all participants in the party, ghost like hunters, can be replaced by artificial intelligences. You only have two friends with whom play? It’s possible. Do you like to play with your friends, but prefer cooperative games? You can face a ghost managed by the IA. Are you a solitary? It is again possible, which you want to embody a hunter or a ghost.

Ghostbusters: Spirits Unleashed will be released late 2022 on PC (via * Epic Games Store), PlayStation 4, PlayStation 5 , Xbox One and Xbox Series X | s. This will be an opportunity to discover if he keeps his promises, if he succeeds in telling an interesting story, even without facing players, if he succeeds, ultimately, to be more than an umpteently asymmetrical multiplayer game adapting a Nice license.