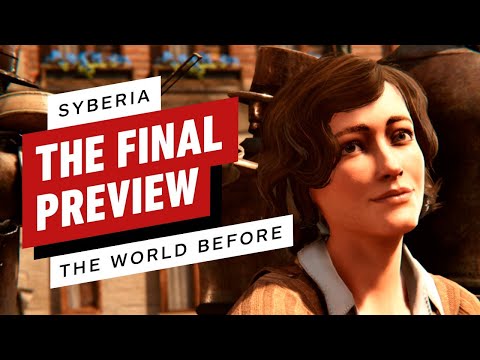 It is today, Friday, March 18, 2022, that the fourth episode of the Great Saga is SYBERIA, subtitled “The World Before”. After 5 years of development, the Kaolabs studio – became Microid Studio Paris in the meantime – finally delivered his copy to the world to discover the last adventures of Kate Walker. We recall that the story of Syberia The World Before resumes pile pile after Syberia 3, and will also allow us to discover a new character: Dana Roze. It is also she who is really put forward in the game, and even on the jacket, while his story will take place in the past, in 1944, in a Europe affected by the war. The player will be able to control it and advance the story, permuting with Kate Walker who will start the game in a Russian prison.

On the occasion of the release of the game, Lucas Lagravette (Game Director / Lead Writer) and Xavier Tual (Art Director) came to talk to us about the game, its creation, stakes, but also this difficulty playing with time and Two different characters. Of course, we took the opportunity to evoke the work with Benoît Sokal, deceased by cancer in May 2021, and leaves behind an important legacy for the continuation of Syberia. A tribute was made at this special issue, knowing that he had also received a pegship of honor at the ceremony last week. Along with the two developers, we also find Yannick Lefur, product manager on the game and Maxime Geraci, Pr Manager at Microids. As for our test, it is available in our columns since March 16th.