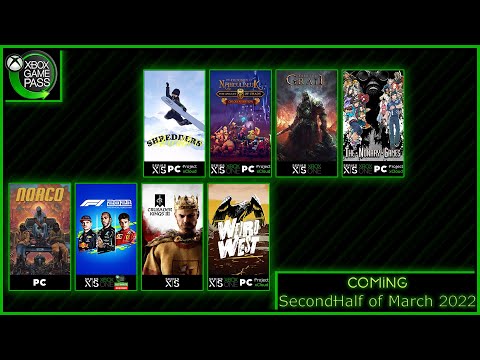 Microsoft has announced the second round video game that will be added to the Xbox Game Pass subscription service during the month of March.

The list, which had been filtered a few hours before and that has been confirmed by Microsoft includes novelties such as Weird West or Shredders, the expected Norco de Raw Fury, the Visual Novel Zero Escape: The Nonary Games or the Simulator of Formula One F1 2021 of Codemasters, which is added to EA PLAY.

You have the full list of news at Xbox Game Pass for the second half of March then with the exact dates on which you can start playing each game:

Finally, four titles will leave the service in the coming weeks. On March 31, Madden NFL 20, Narita Boy and Shadow Warrior 2, while on April 11 will Destiny 2 and the Beyond Light, Shadowkeep and Forsaken expansions.