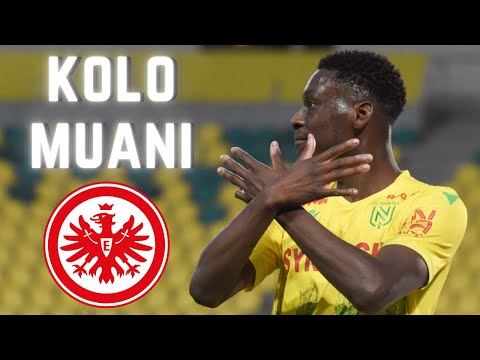 Fast, robust, very good goalkeeping – among other things, these skills brings Randal Kolo Muani according to Sge-Sports Management Markus Kröse. The striker is the first new entry of Eintracht for the coming season and leaves the FC Nantes in summer. This announced Frankfurt on Friday. The 23-year-old, who also features a “tactical variability”, comes from the Youth Nantes’ and comes to nine goals in 25 games for the French club so far this season. Most recently, he was also successful in the 3: 1 surprise victory against Paris St. Germain. At the SGE, the French Olympic participant signs a contract until 2027. Information about a transfer fee were not made. Kolo Muanis Transfer, who had already suggested in January, the Eintracht in the storm in the future again broader. Frankfurt’s best attacker This season Rafael Santos Borré is playing with six goals in 24 games.