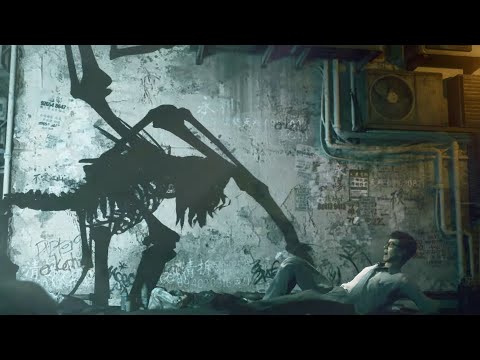 The Creator of the Silent Hill series showed a teaser trailer for the first time in December, which granted a first insight into the style of the game.

Recently Toyama answered together with Game Director Junya Okura and Producer Kazunobu Sato some questions about the game in a video.

There Toyama made an interesting statement to the direction of the game in which he said that Slitterhead was not entirely in the genre of the Horror.

Rather, it is overlooking several genres, in which he lend the horror expression. He wool the circle of players to expand and include players who normally do not gamble horror games.

Toyama wanted to continue to create a game whose concept is not only focused on killing enemies, but that one can also enjoy because of his action. Players should also be backed by certain struggles, which leaves the mind in a conflict.

Overall, he wants to achieve both action and drama with Slitterhead.

Okura said about the gameplay, that you are more concentrating on conversation instead of pure horror. There are rapid moments of action, but also slow moments. In the latter, he wants to install horror elements that balance the action. But even if there is a certain “terror-aspect”, you would probably not leave the game out of fear.