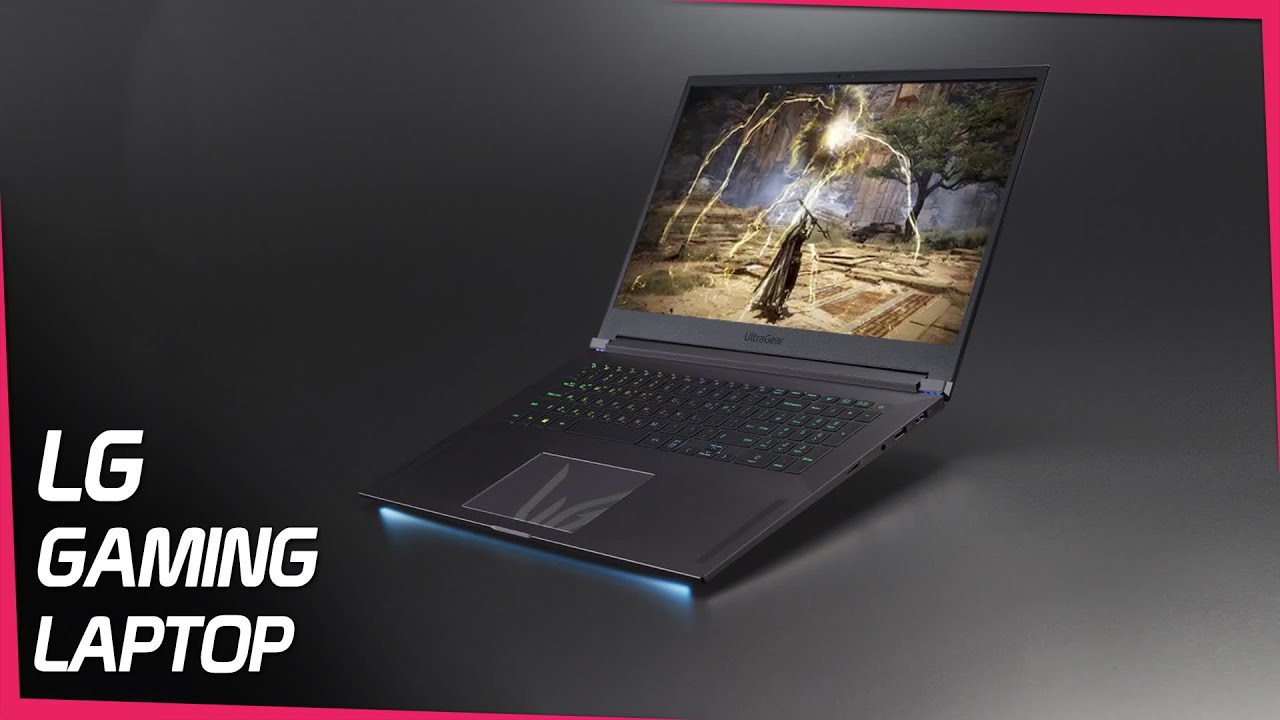 The price is affordable laptop or too light notebook, or gaming notebook that supports the game by supporting the high protection.

Thirty-year-old folded products, but the frequency of finding a product is less, but the gaming notebook (gametbook) with a light notebook VS high protection is a worried concern. When external coverage, events, interviews, and meetings are exited, thirst for ultra lightweight notebooks, but as the product, the gaming notebook is like my taste that I can not enjoy the games that I mainly.

Domestic Large Enterprises LG Electronics handles ‘LG Ultra Gear’ brands that handle gaming products. Those who like gamers and IT devices are all believed and preferred brands, and the brand launched a gaming notebook with the latest CPUs, graphics cards, fast response speeds and transcripts.

LG Ultrige 17G90Q notebook is a 43.9cm large-screen gaming notebook of a high-protection with I7-11800H + RTX 3080. With the IPS panel to the high frequency of 300Hz, it provides an overwhelming game environment with an IPS panel, a 1ms response speed.
* The response rate is the value measured by the display manufacturer and may vary depending on the measurement environment.
* 1ms (GTG) response speed is applied when the rate of 300Hz is set.

DDR4 Dual slots provide extensibility and supports a massive battery of 93Wh. 2WAY Speakers provide rich sounds and DTS: X Ultra, supports the bottom of the frontal, and the upper left radiation in the lower station. The technology features Dolby ATMOS to specify various properties of each sound, 3D, three dimensions, three dimensions, and listen to the sound of games and content.

The design is a gaming notebook down LED, but it is noticeable, but it does not feel burdensome. Depending on the light and the angle, it adopted a color and gray colored colors. Other FHD webcams have a clear camera resolution and secured connectivity through Thunderbolt 4 application. Since the exothermic solution, such as a vacuum chamfer cooling system, it is possible to manage product temperature through a heating solution, so it would be even better.

The most favorite part of subjective is the keyboard. I can not express a unique ridiculous sound, but I was impressed by the repulsive force when pressing and release the unique sense of distinct and the button. I played the keyboard once, and I had a good sense of tactile feedback.

I wanted to open the product and test it, and there was one unique key. LG Ultra-Logo button drawn. Pressing the corresponding key located at the top of the number pad turns on the ‘Ultrige Studio’, which is a dedicated utility, turns on. The program was convenient for the performance of the product, keyboard RGB setting, and battery performance control. Particularly, the UI was familiar with domestic friendly as a domestic company.

The Gaming notebook of the high-end was a simple benchmark test before the game played. The 3D Mark was tested with the ‘Fire Strik (hereinafter referred to as follows) and Times Fai (DSS). The PAS score was measured at 23,729, and the Team score was 10,535 points.

Steam supported by steam, and the FPS game, which has recently declared free, ‘PUBG: Battleground (Bags)’ tested. It is because it is a national game, and usually ‘this product is dedicated to the gaming only, and the amount of belly is to be done smoothly. However, it is a good notebook that is a good notebook, so I needed to set it higher than the national options. Therefore, the graphics option was set to the Ultra option to test.

There is also a bog to feel the stereoscopic sound presented by the product. There is also a choice because it is not only satisfied with the high frequency and 1ms response speed in a simple pleasant environment, not the fps genre.

The Bag enjoyed with LG Ultra Gear 17G90Q was so satisfied. The display of the 300Hz rate and the response speed of the 1ms-to-the-responsive response speed to the high specifications were combined, and I would like to be so excredible for me with a big entity in the FPS game. It was also fun to hear the sound of the shooting that the shooting of the shooting is realized. Especially, enjoy the bag and the keyboard division of the product was the best, and this part was also satisfactory.

Bags enjoyed with ultra-options were measured at an average of 136 fps, 1% from 86 fps. In the field, the lowest frame of three digits was recorded, but it was confirmed that the lowest frame was falling in the falling phase. Because of the nature of Battle Royal FPS genre, the part of the graphic load rate could be high, so that the part was convinced. Also, the measured numerical itself was the lowest 80, but the softness of the screen switching was not changed.

High-end Open World Action Genre ‘Red Dead Lemon 2 (Lesser 2)’ was also tested. In particular, Leder 2 was a high specification, but it was a separate benchmark test to ensure that the product performance was appropriate. Because it is a product that exhibits high performance, the graphics option was set to a high and benchmark testing.

The benchmark was turned on and the screen switching, and the color change, etc. were tested. The score was not very attentioned because it comes out later, and it was monitored to note that screen break (tiering) occurs. In particular, I wanted to see that the product was released by developing a blurring with blurred blurring (blurring) and tearing.

The Leder 2 benchmark tests have recorded an average of 69 fps, at least 32 fps. Separate bluring and tiering phenomena could be tasted without generating a soft screen switch. Although the display of 300Hz scales was disabled, it was a result of a result of the highest specification of the game, and it can be said that it has been a pretty satisfactory score.

“Call of Duty: Woozhou Pacific (Call) ‘, which can play through Battle.net of Blizzard, also tested. Call is a FPS game that requires a high protection to the finger in the finger among the same genre. Until last November 21, the game was called Call of Duty: Woosen, but the official name of the game has been changed as it was integrated with Vanguard, one of the series. The graphics options have set to high options and also enable NVIDIA Reflex low-delay and tested.

Currently, a long time in the graphics card is continuing, it was a long time to proceed with the game test with the high-end product. It’s how much it is to turn on the game that requires a high safari without a separate option compromise. LG Ultrige 17G90Q notebooks were a good time for testing and hand, and ears, because they were a fairly well-built product that is properly well-suited for specifications and displays and sound.

The product did not proceed with the product, but it will be clear to play ‘League of Legend’. “I can also say that it may be called” I7-11800H + RTX 3080 “,” Wen Roll Again, but it would be appropriate because it provides specifications and displays that can completely taste 300Hzism rate.

I talked ahead, but the LG Ultra Gear brand is high in the IT market. Thanks to the LG Ultra Gear 17G90Q, it was mentioned from several infinite people from just before the release, and it is a great deal of expectations. As a result of actual testing, it was very satisfied and it is a product that will be a satisfactory choice for users who are looking for a high-performance gaming notebook with a laptop or a reliable high-performance gaming notebook.