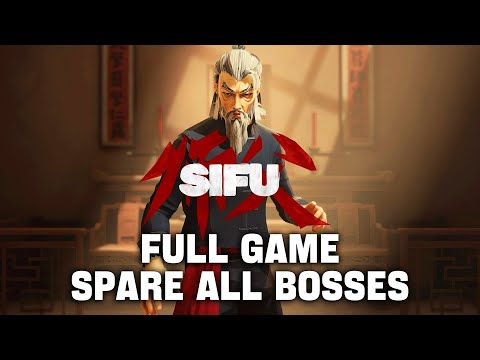 SLOCLAP is committed to improving the accessibility options of your last game, SIFU.

In a conversation held with Steve Saylor in a Twitch Gaming Stream, the study co-founder, Pierre Tarno, explained that SIFU will have accessibility updates after the launch. Among these updates there would be improvements in subtitles, a high contrast mode in PS5, PS4 and PC and difficulty modes.

This last point is curious, because it contradicts what they had declared so far before the possibility of adding a minor difficulty, given that they wanted the game “retaile to the players and encourage them to learn”.

In November of last year it was the Tarn who declared that “we want Sifu to challenge the players and encourage them to learn, improve and adapt. The ability to rise from death will help new players allowing them to fail and try again several times When they are with a difficulty. But the price of those errors will increase rapidly, and to completely complete the game they will have to dominate the combat system. “

Although Tarno has not detailed when these accessibility features will be implemented, he has affirmed that the development team “is considering and planning” modes of difficulty, and that they will announce “something about it quite soon”.

In the absence of more details, Steve Saylor has been explained that these modes of difficulty will be similar to those that he has included Metroid Dread in his last update.

SIFU was published on February 8 and is available at PlayStation 5, PlayStation 4 and PC. In the analysis of him we said about him that “take the best of the soults, the Roguelike and of the SLOCLAP itself to offer an authentic prodigy.”