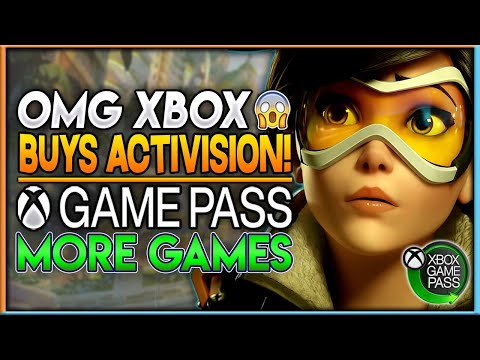 Microsoft has announced that so many Activision Blizzard Games will join the Xbox Game Pass as possible in the future as Microsoft Activision has taken over Blizzard.

The message that was revealed in a blog post, where the publisher was welcomed in the Xbox Game Studios family, with the announcement, the Xbox Game Pass has reached 25 million subscribers worldwide. Although no specific titles have been unveiled, this means that franchise companies like Call of Duty, Diablo, Overwatch and possibly even World of Warcraft will give the service a big boost.

This acquisition is unprecedented, not just for the gaming industry, but has a value of incredible $68.7 billion and is expected to be completed in June 2023. She comes after Phil Spencer said this revaluation of her relationship with Activision Blizzard, following several reports and complaints for misconduct in the workplace, sexual harassment and other toxic behaviors of employees and senior employees.

What could mean this for the future of Xbox Game Pass and Franchises like Overwatch and Call of Duty, which are available exclusively for Xbox and PC platforms, a big step forward for the service and the gaming efforts from Microsoft. Another twist comes from Activision, which has classic PlayStation and Nintendo franchises like Spiro The Dragon, Crash Bandicoot and Tony Hawk’s Pro Skater.

In an investor interview, Microsoft’s CEO Satya Nadella said that the addition of Activision games will include both new games and those from the Activision Blizzard Catalog.

Since the deal is finished only in June 2023, we will not see a large decline in the Activision games until then, as most titles of Bethesda arrived after completing the takeover in March 2021. But until then we can speculate about which games are added.